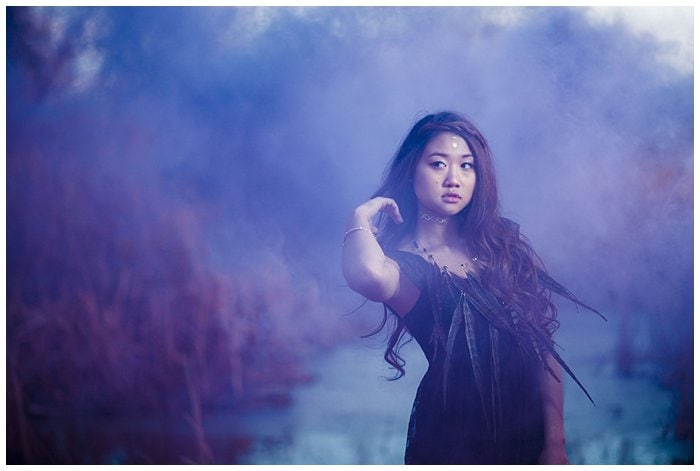 Okay, so this may be cheating a little bit, because this shoot actually took place before my last list of 101 Goals in 1001 Days officially ended, but I had started to create v.2.0 and had this item on my list, so I’m making an executive decision to count it.  I had no idea that an opportunity to achieve this goal would present itself so quickly.

The thinking started right after the Santa Fe Art District Film Fashion shoot I did with Kyla Fear Photography and Urban Safari Photography.  We had about 10 minutes to play with smoke bombs at the end of the film shoot, but the failing light produced images that were less than what I had hoped to achieve.  Notably, we didn’t have a light source to throw some light on our models, so the images ended up being quite grainy.

But leave it to Kyla to immediately start planning another play session and she invited me to come along so we could work on our night lighting skills.  We both played around with new techniques involving an Ice Light (think photography light saber), and our off camera flash set ups.  I experimented with different angles of light and dramatic lighting, and Kyla introduced me to a technique that involved bouncing an off-camera flash off of a reflector, which created some unexpected, but totally cool, flare.  Plus, Kyla found some fantastic smoke bombs that were bigger and smokier than the last batch we used. 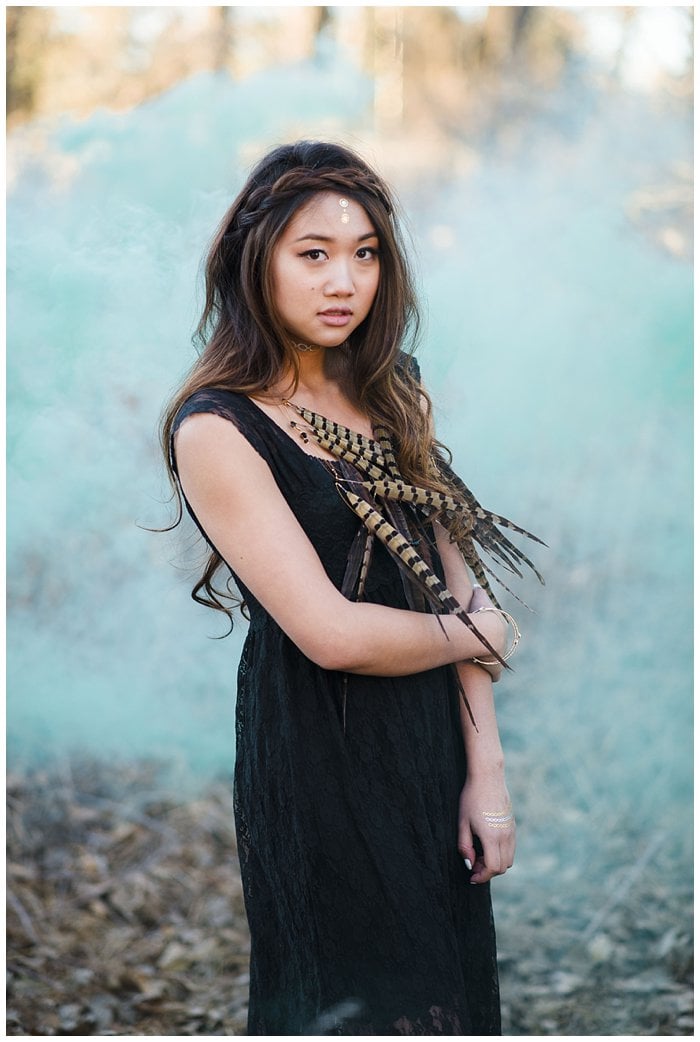 Kyla does a lot of work with these handpainted masks.  Even though this is much more her thing than mine, I had fun taking a few frames of Emily looking fierce in her foxiness. 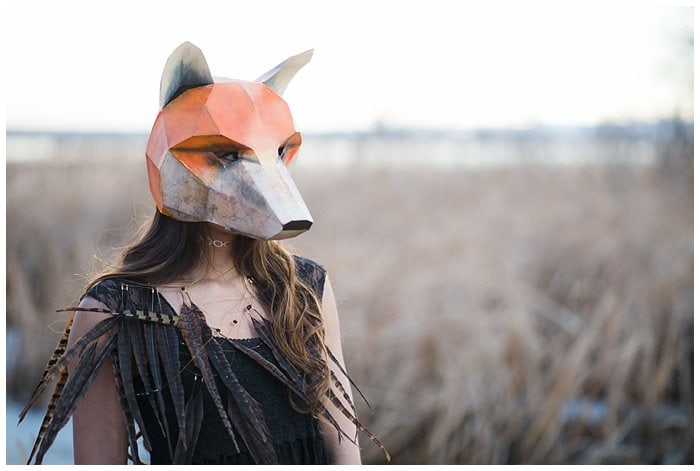 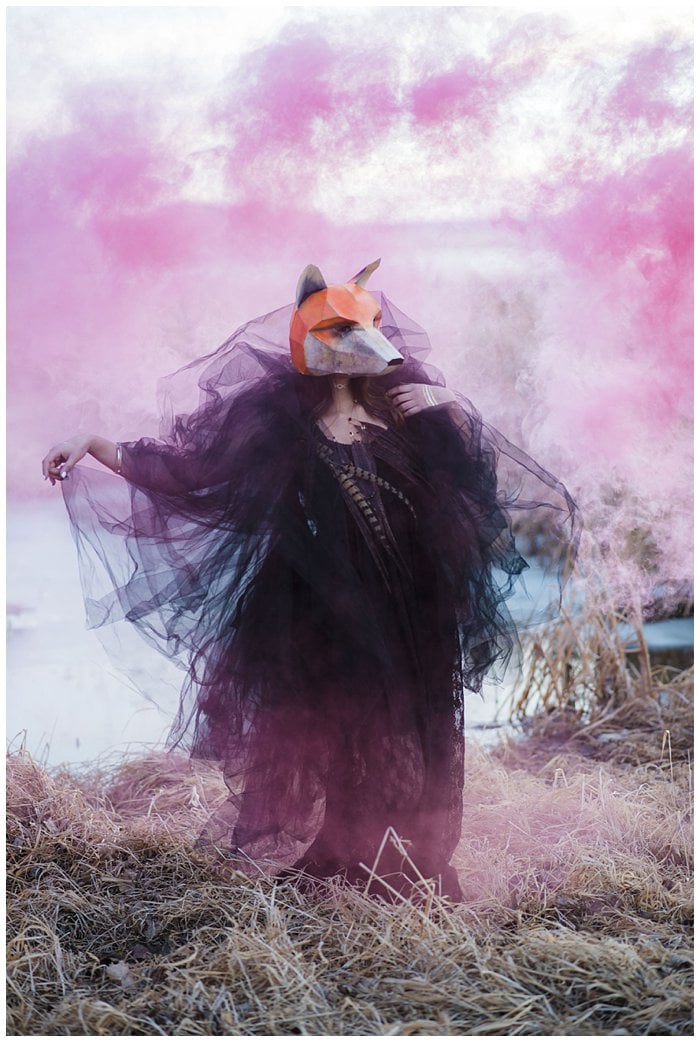 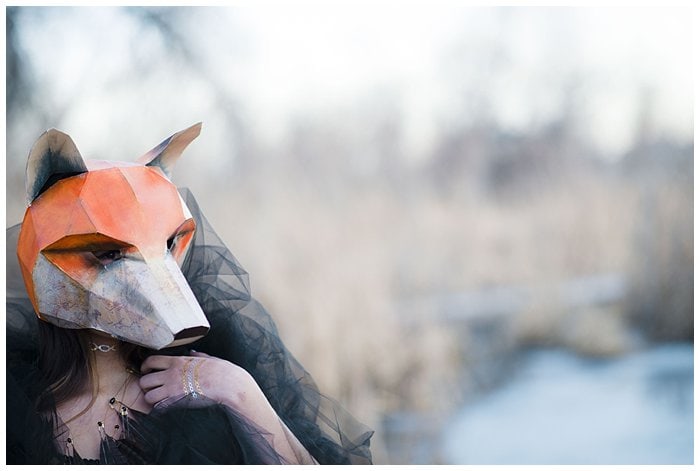 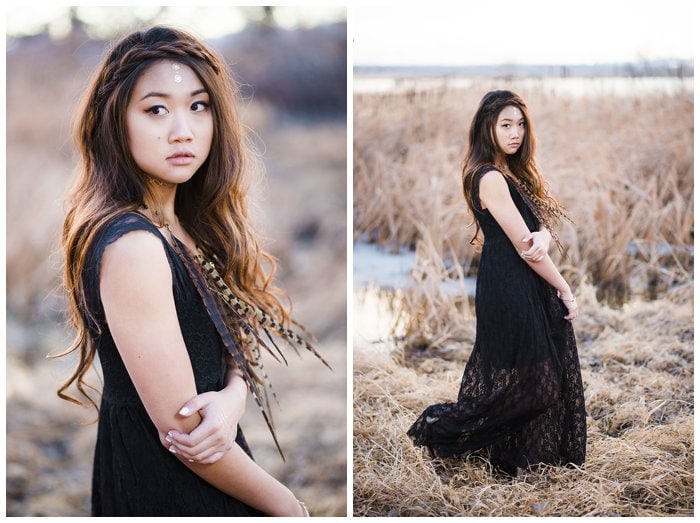 Once the darkness started to settle in we pulled out the Ice Light.  I LOVE how the purple smoke looks in these shots, with the frozen pond in the background. 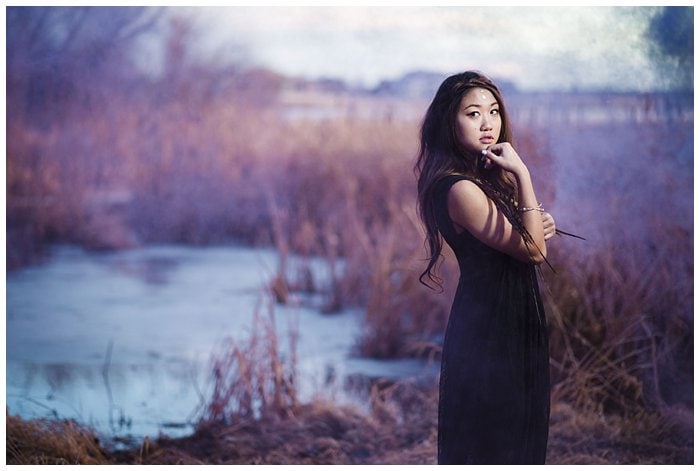 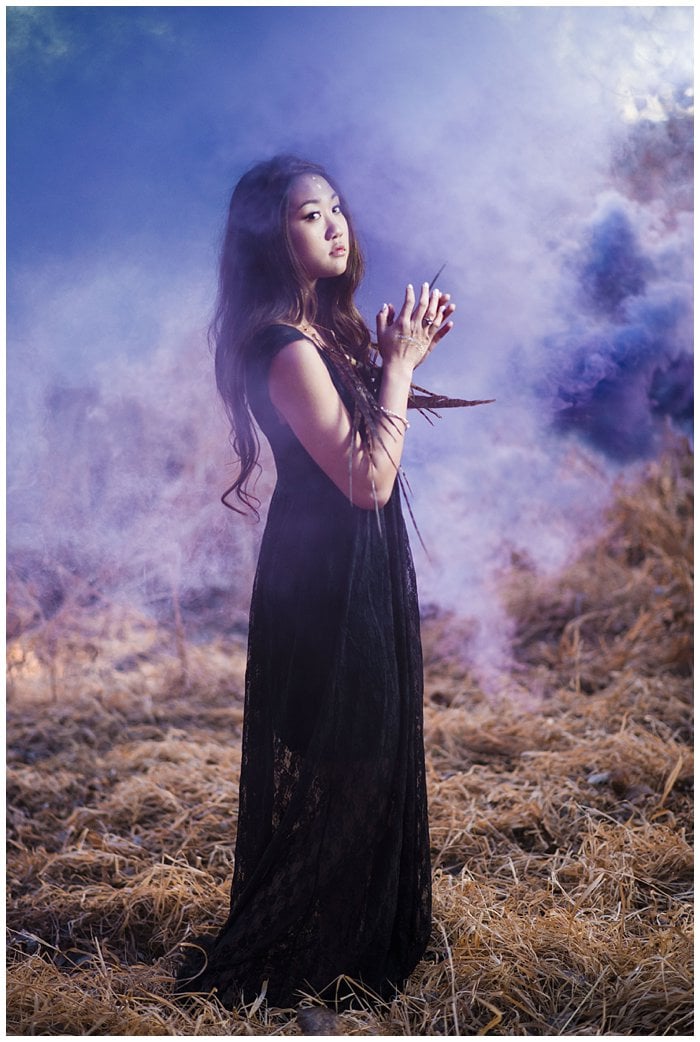 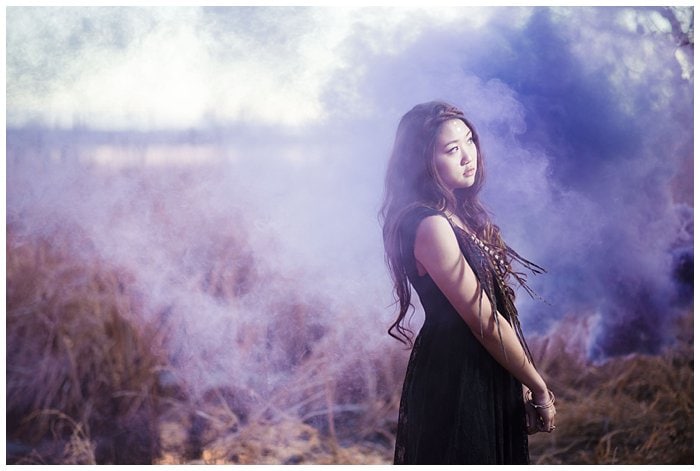 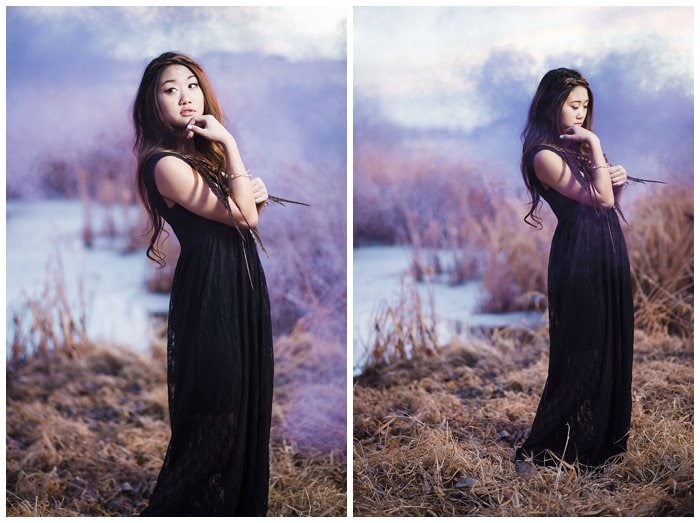 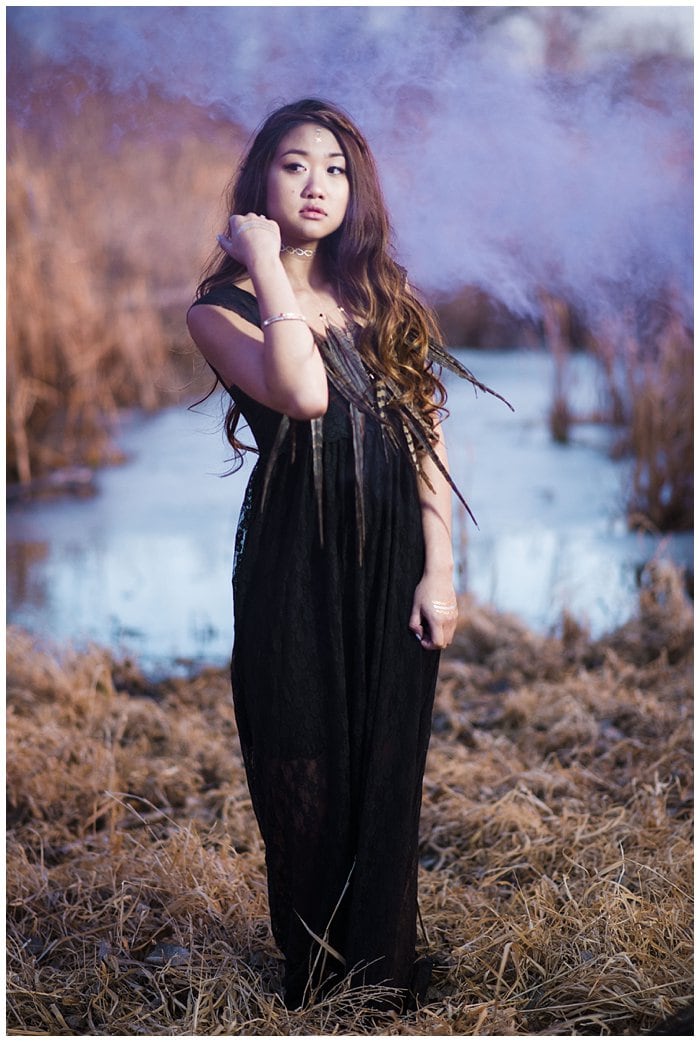 Next we pulled out our off-camera flash set ups and I started playing around with backlighting and side-lighting. 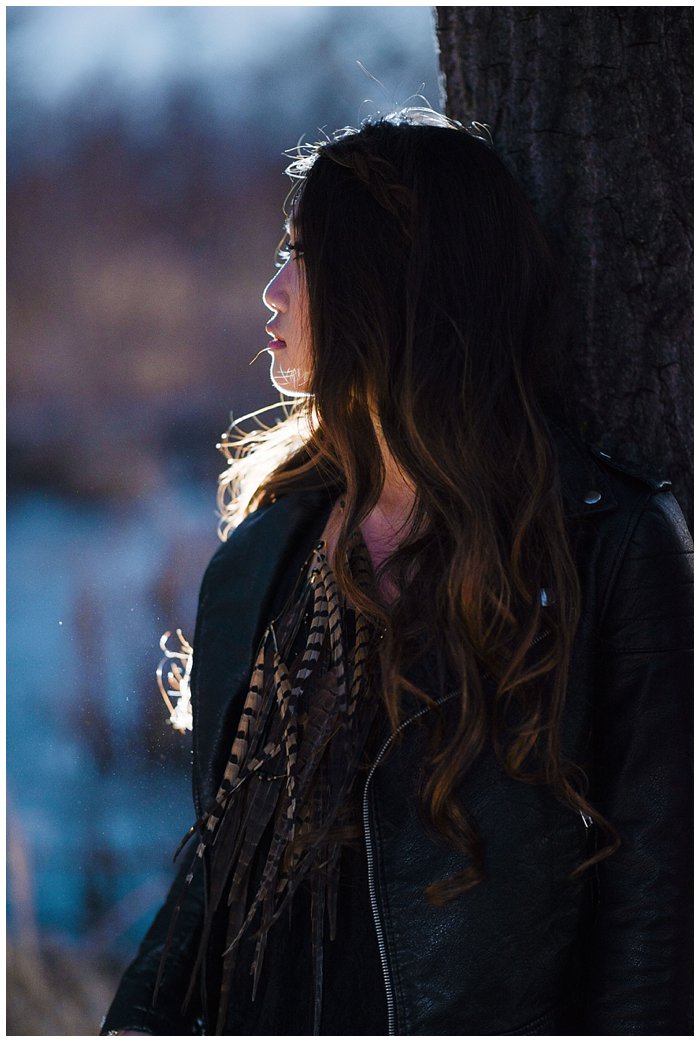 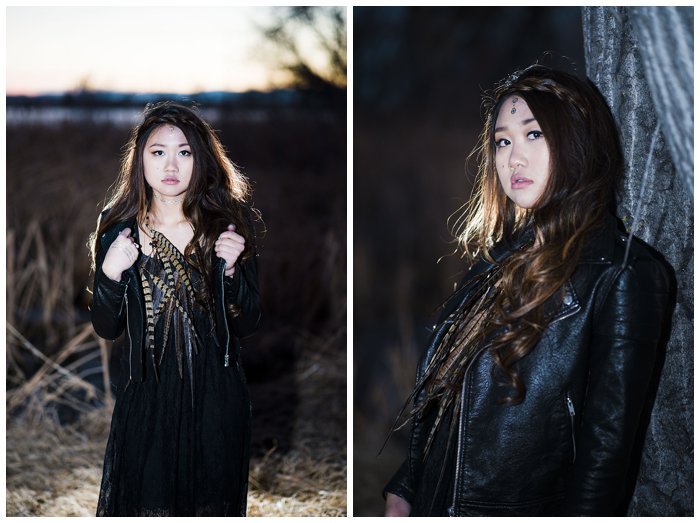 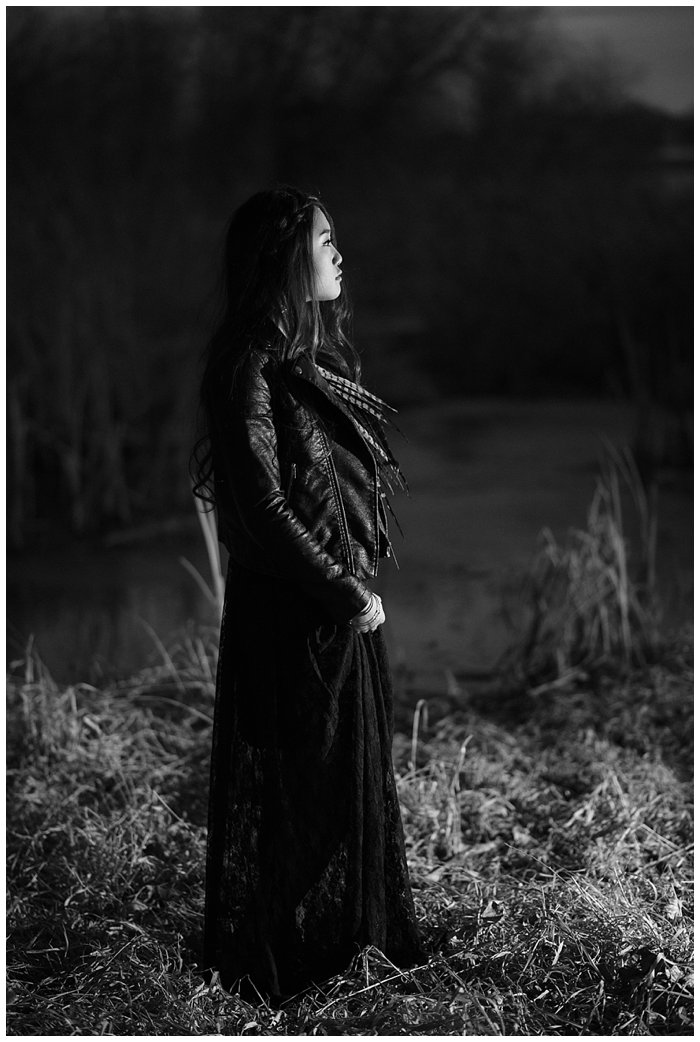 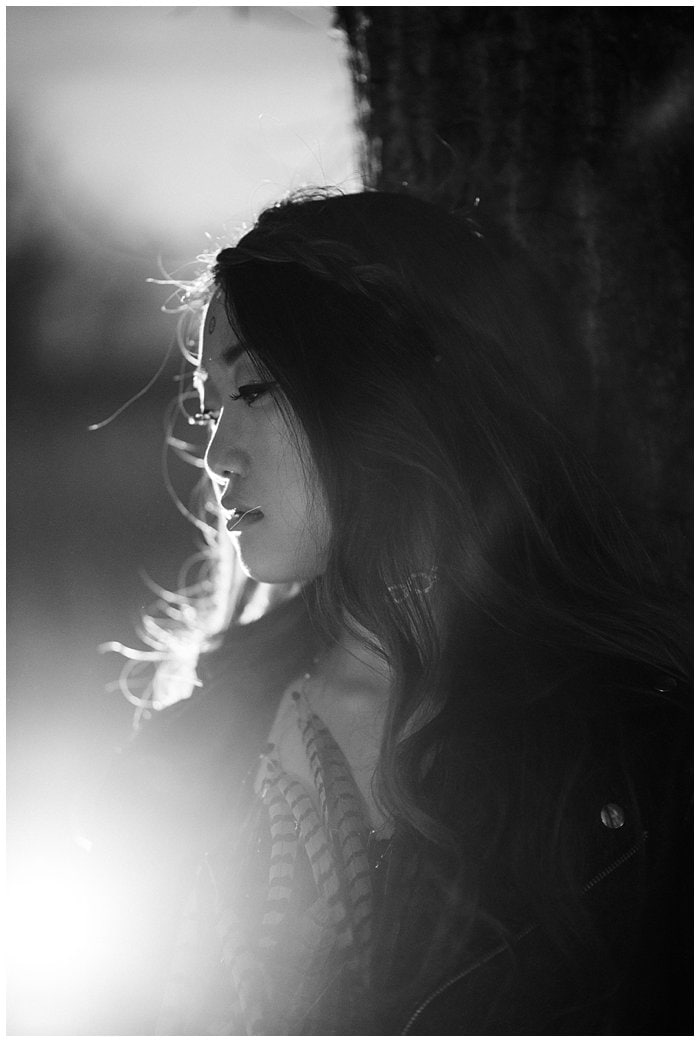 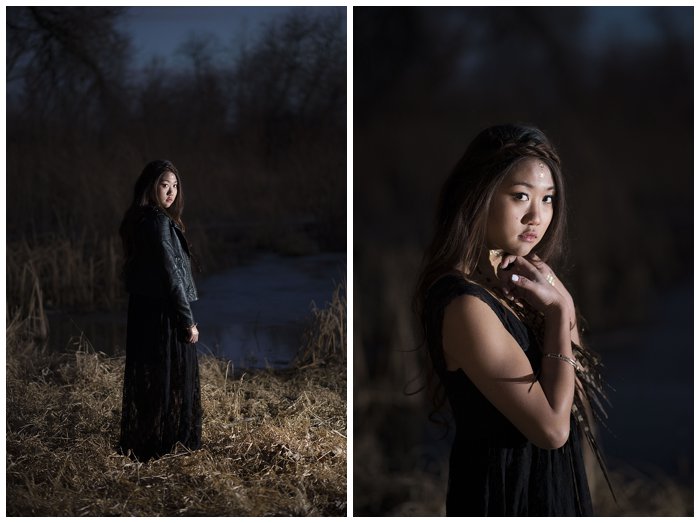 Next we brought in the reflectors. 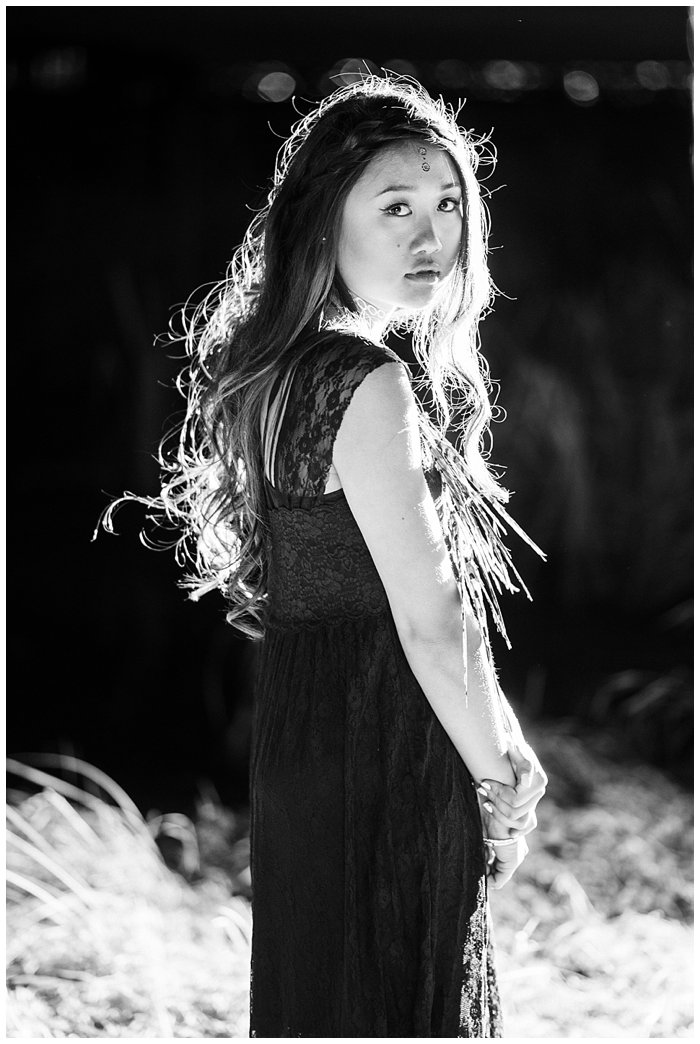 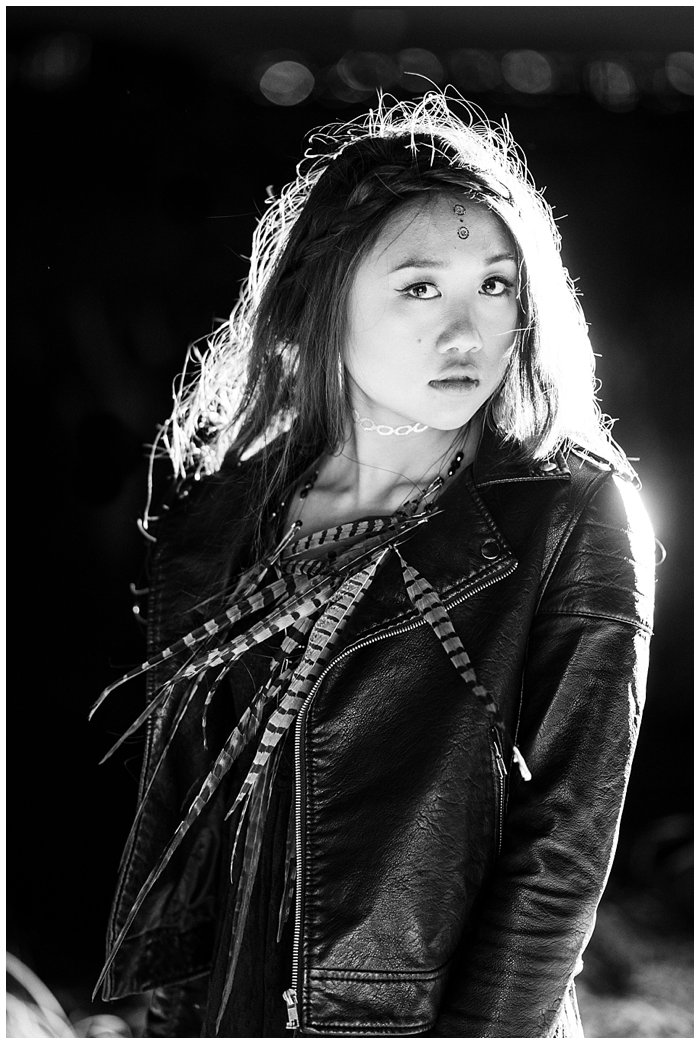 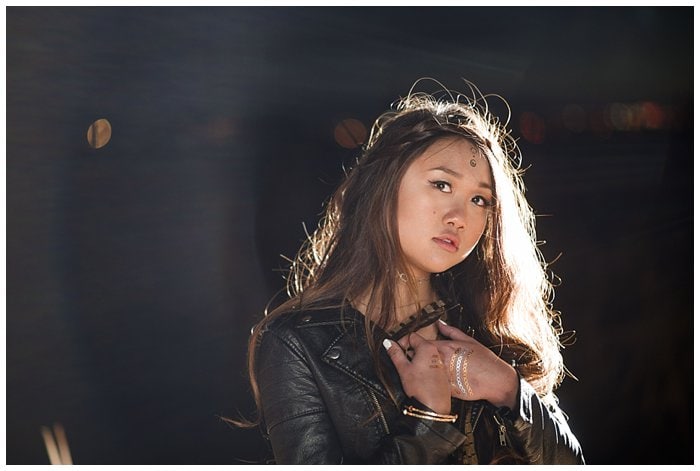 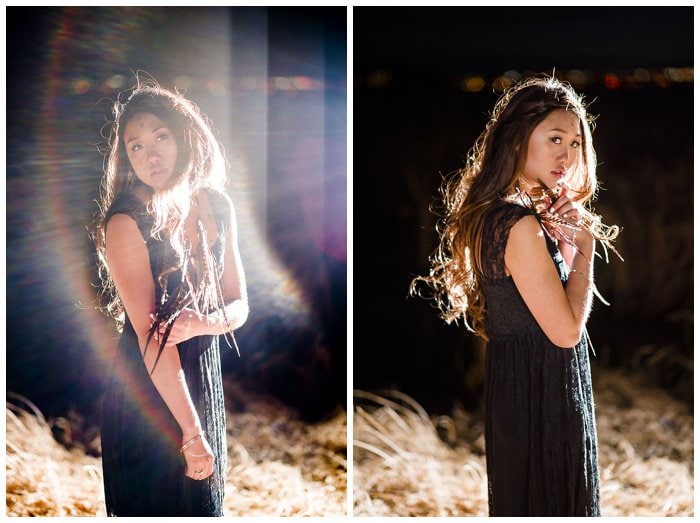 And finally, it was time to play with smoke, the ice light, AND off-camera flashes.  This part of the shoot totally looks like it could be straight out of an action movie! 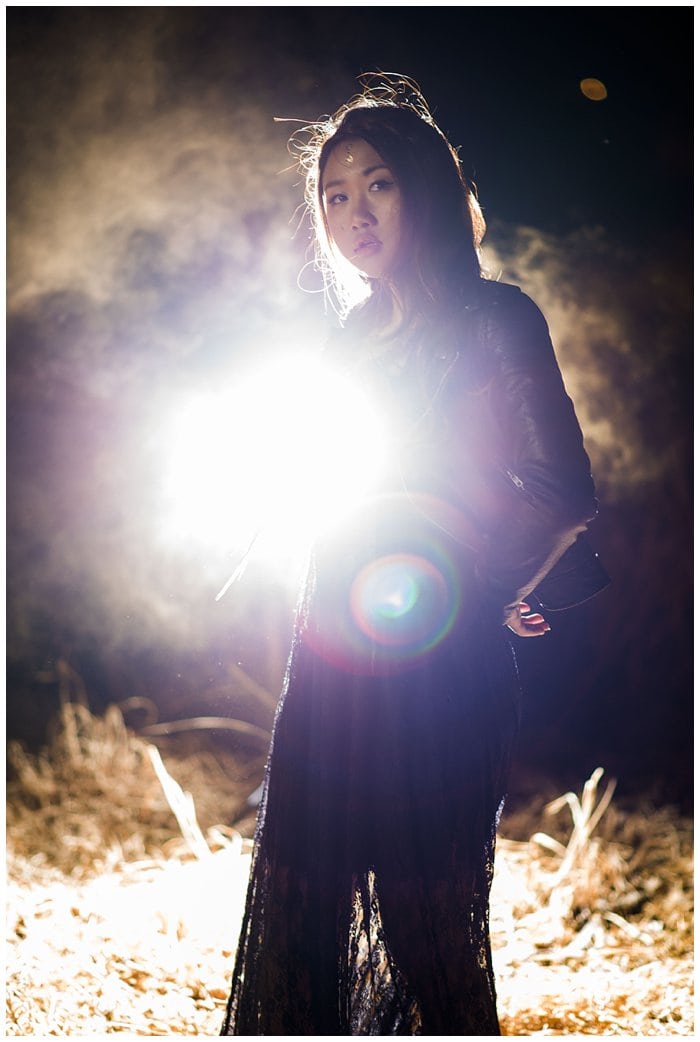 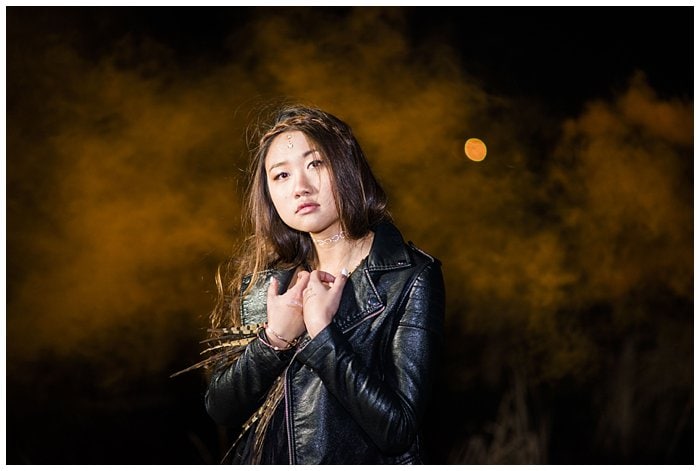 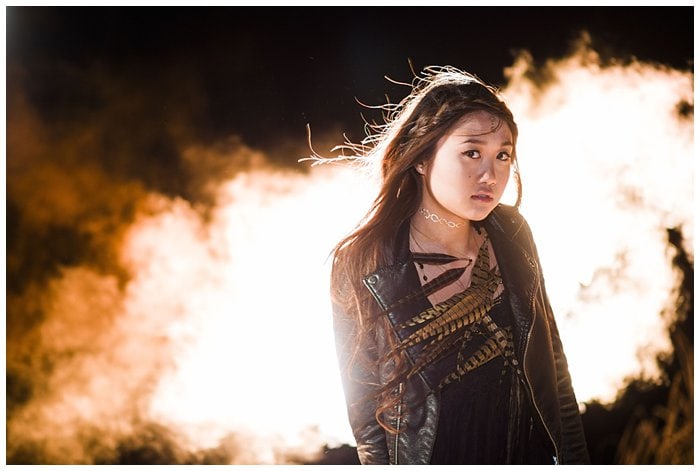 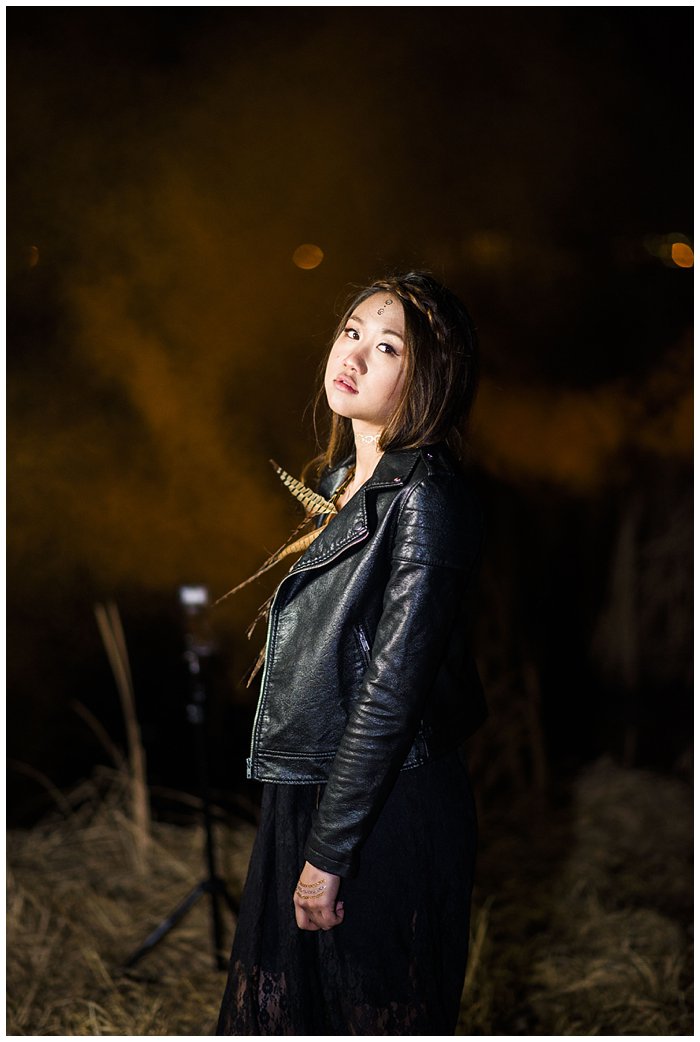 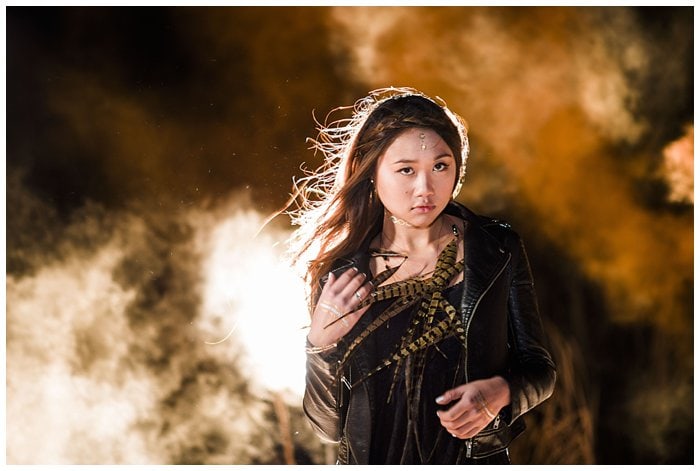