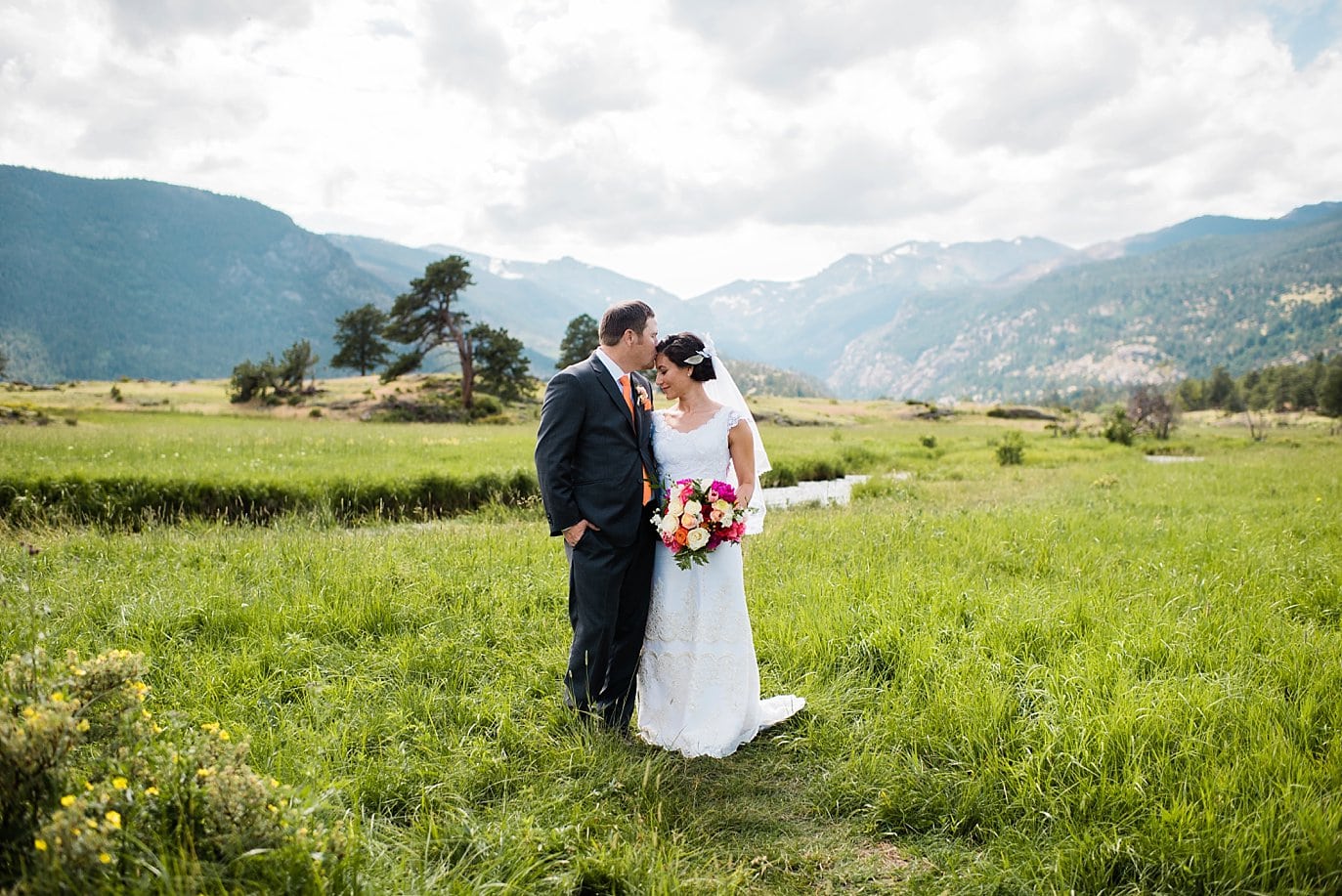 Giselle and Josh came from Kansas to get married in beautiful Colorado. The chose Estes Park and the Stanley Hotel as the host for their intimate wedding.  It couldn’t have been more perfect.  From a ceremony at Our Lady of the Mountain Catholic Church, to a Stanley Hotel wedding reception this day was beautiful from start to finish.  And we had time to explore Rocky Mountain National Park!

There are so many things that I loved about this wedding.  Front and center was the nod to Paraguay culture, where Giselle is from.  Giselle’s dress was hand embroidered with Ñandutí, a symbol of love in Pauraguay.

There are several versions of the Ñandutí origin story, but I found this one on the SIBW’s website:

“The cultural legend behind the Nanduti tells us that two indigenous boys were competing to win the heart of a beautiful girl named Samimbi.

One night, one of the boys wandered through the woods looking for a gift for the young girl. The boys raised his head towards the heavens to implore the help of Tupa, the Guarani God, and in that moment he saw a beautiful lace resting in the branches of a tree. He climbed the tree, but when he touched the lace he found in his hands nothing but a torn spiderweb. For many months the boy was sad and heartbroken, finally he confided in his mother what was the source of his sadness.

The elderly woman asked her son to guide her to the tree where he had seen the spiderweb glimmer in the moonlight. Once there, they saw that the torn web had been replaced with another, exactly the same as the one he had seen months before. The woman decided to make a web of lace herself identical to that of the spider. She studied the spider’s movements, and began to move her needle to copy the circles and lines that the spider wove. Using the fine stands of her white hair, she created a lace identical to the spiders: it was called the “Nandu-ati or white hairs of the spider”

The Ñandutí are often made in bright colors and Josh and Giselle highlighted them throughout their reception decorations as well.

Our Lady of the Mountains Catholic Church

My other favorite part of the day was their Catholic wedding mass at Our Lady of the Mountains Catholic Church.  Their good friend and priest from their home church came all the way from Kansas to marry them. The personal stories he shared about Josh and Giselle’s relationship and faith together was heart-warming and funny.  And he incorporated as much Spanish as he could to include Giselle’s family in the ceremony.  To top it all off, Giselle sang the communion song, a highly personal touch to their day.

After the ceremony, we headed into Rocky Mountain National Park for portraits. We stopped at Moraine Valley and explored along the creek.  Then we found a random pull off along Bear Lake Road and captured some epic photos in the towering evergreen trees.

When we left the park, we headed for the Stanley Hotel where Josh and Giselle hosted an intimate night of dinner and dancing for their closest family and friends.  In their words: “we made sure we invited just the people we truly wanted to share this moment with.” Which is just how it should be!

Favorites from their Stanley Hotel Wedding day below! 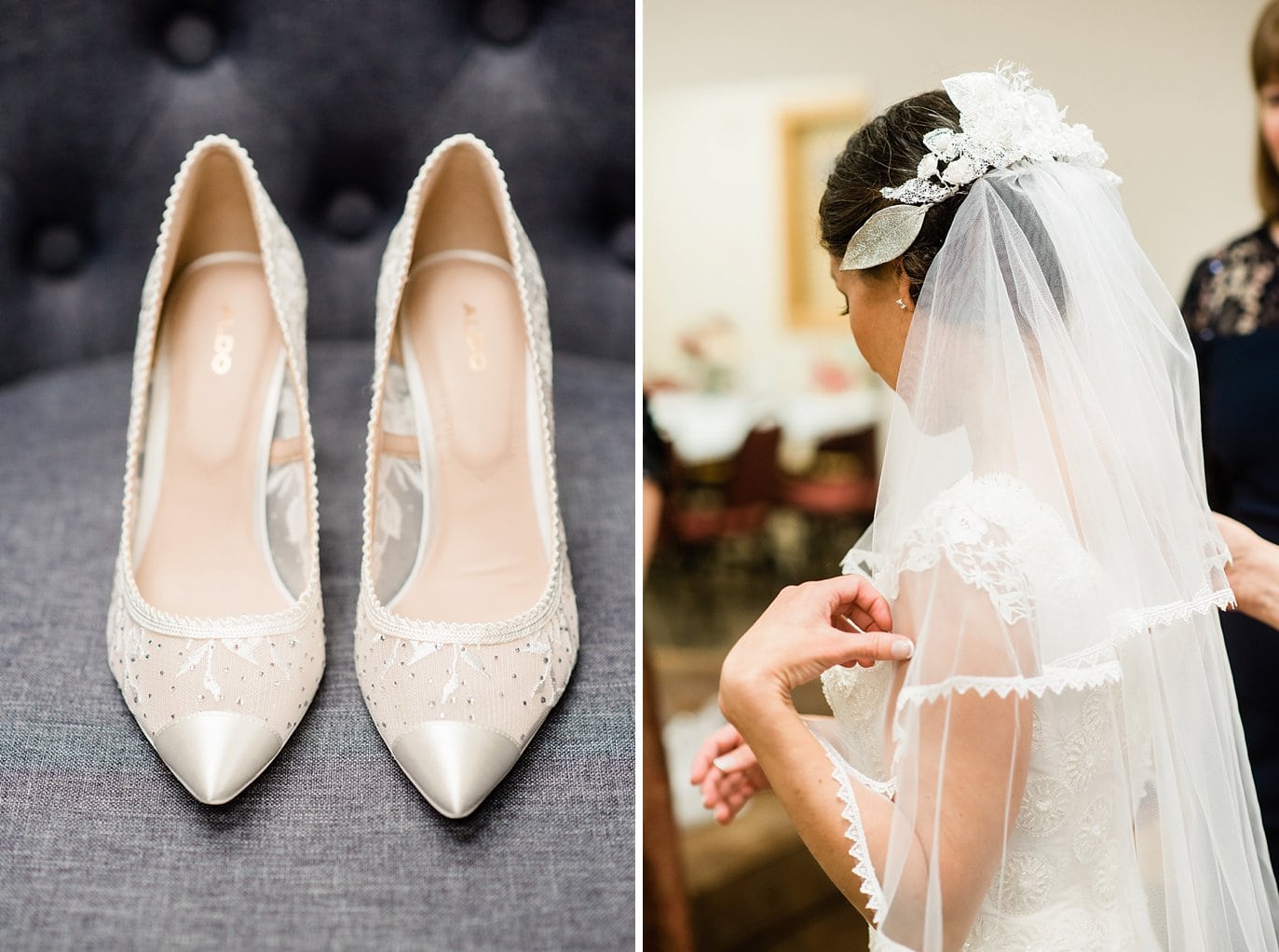 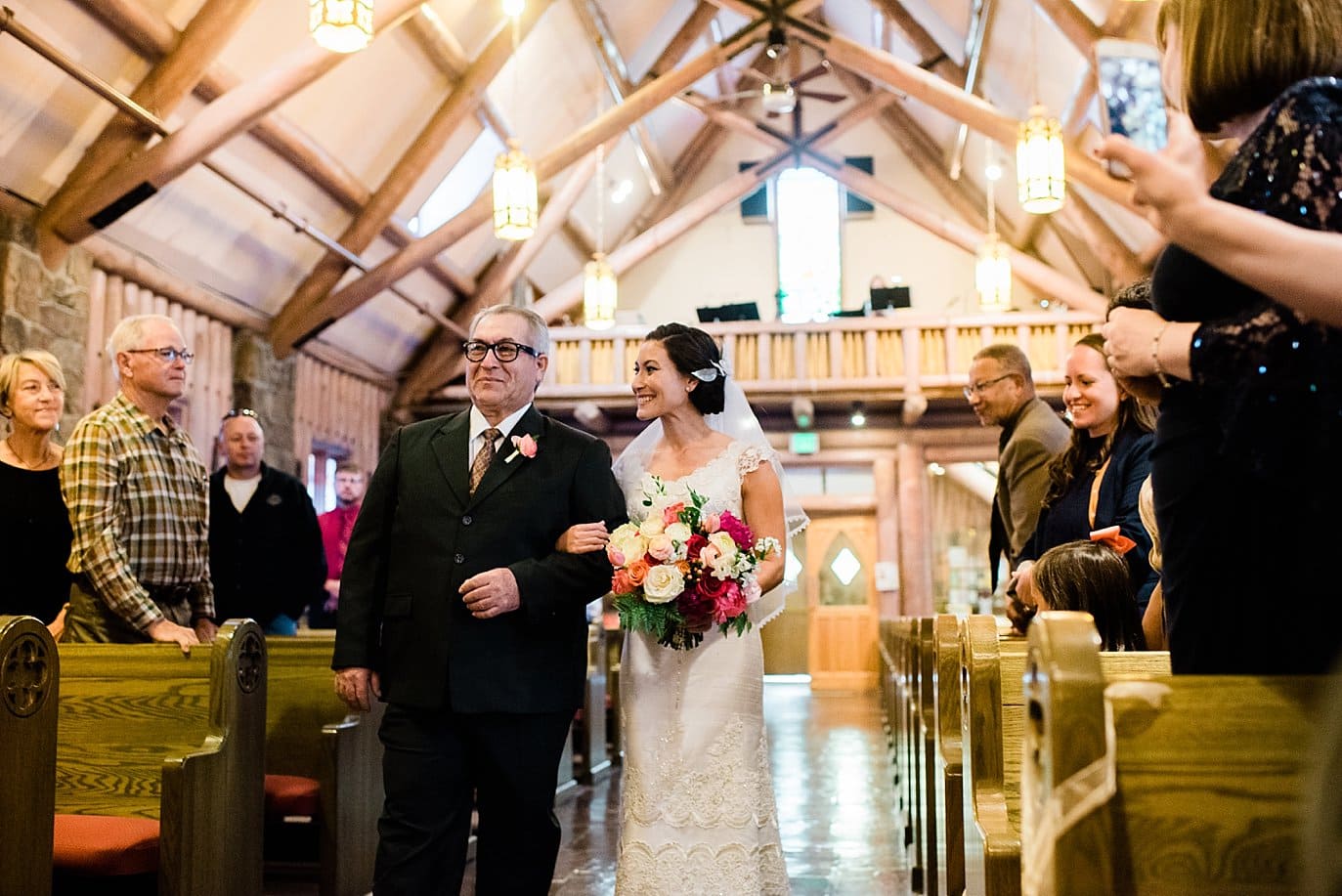 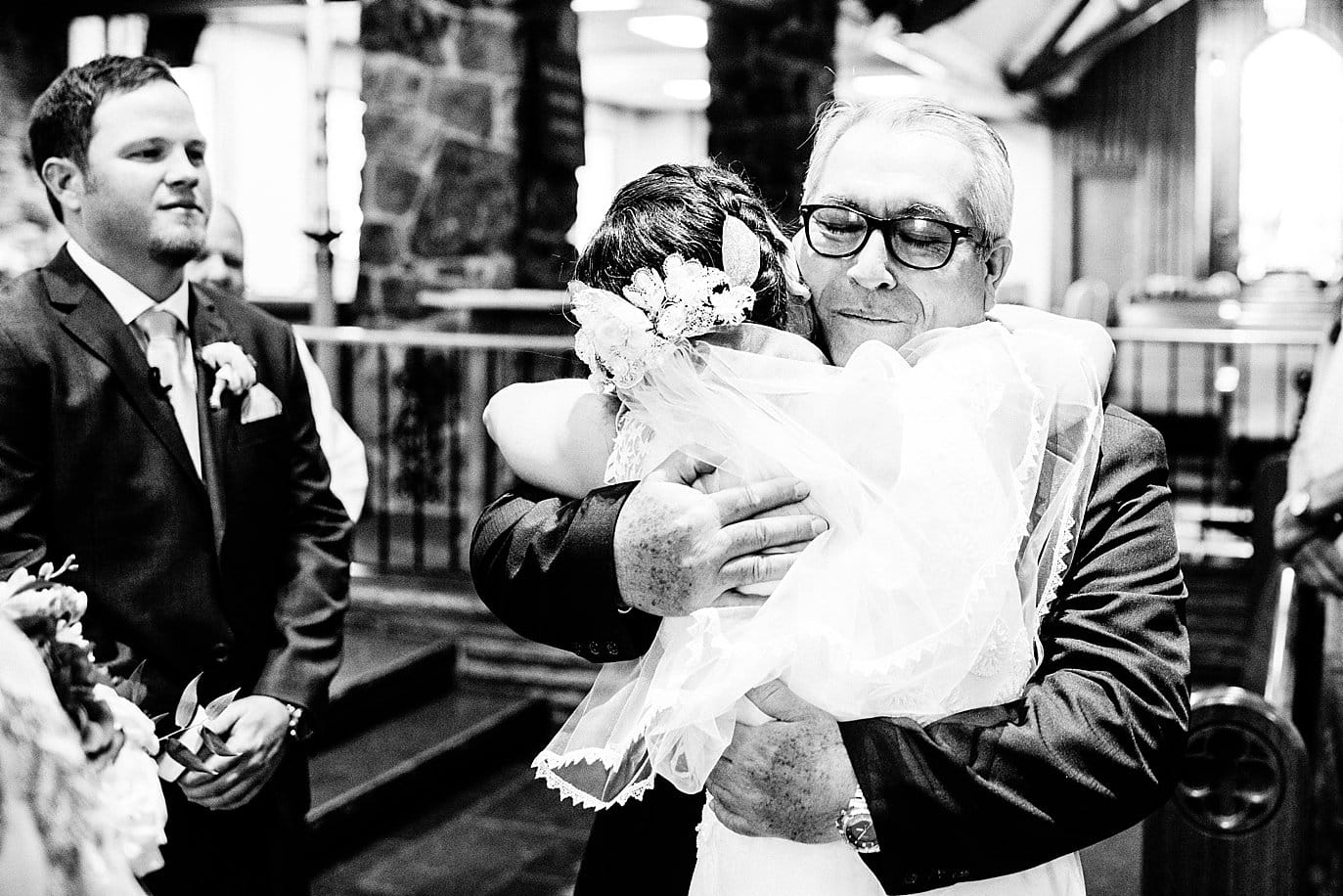 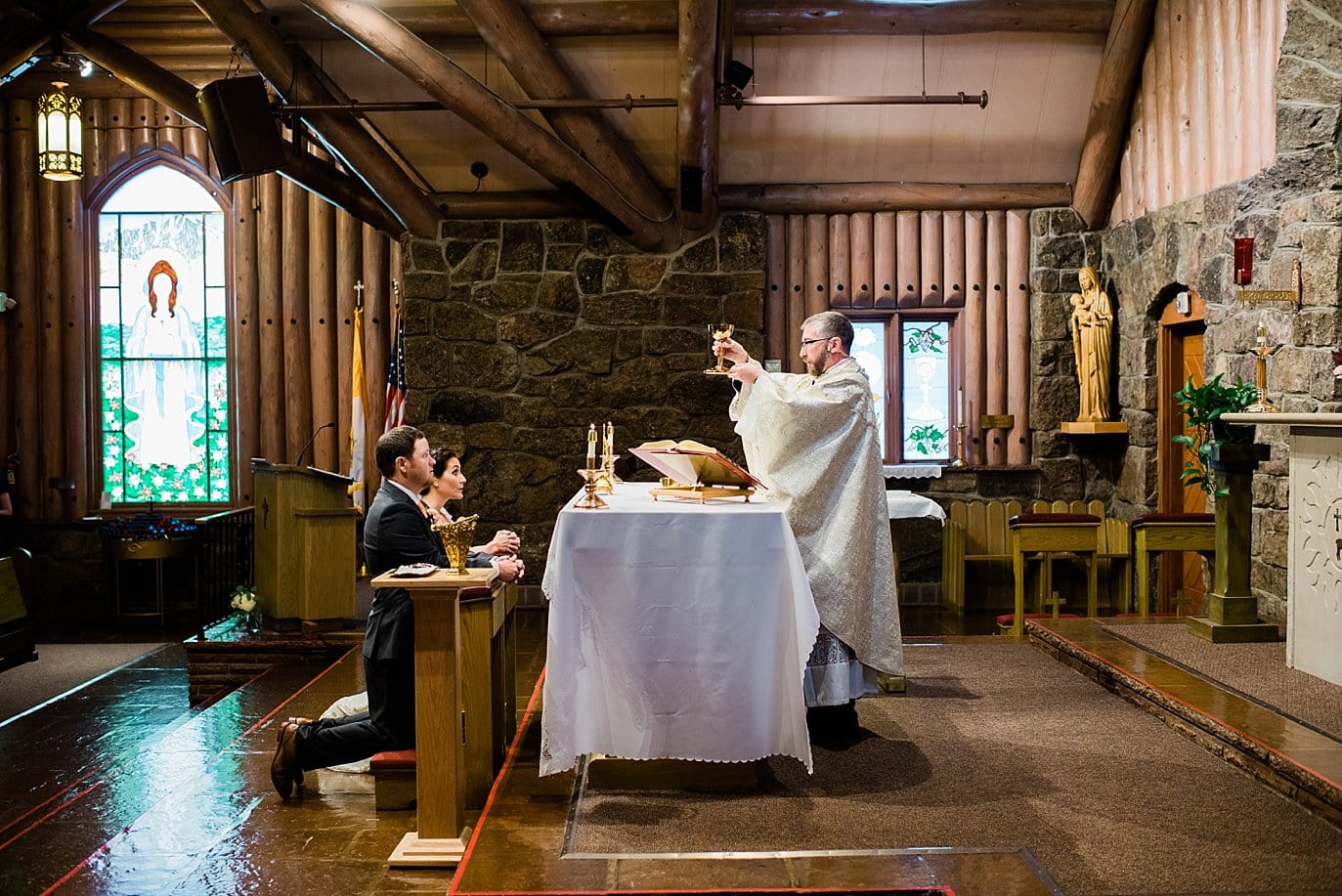 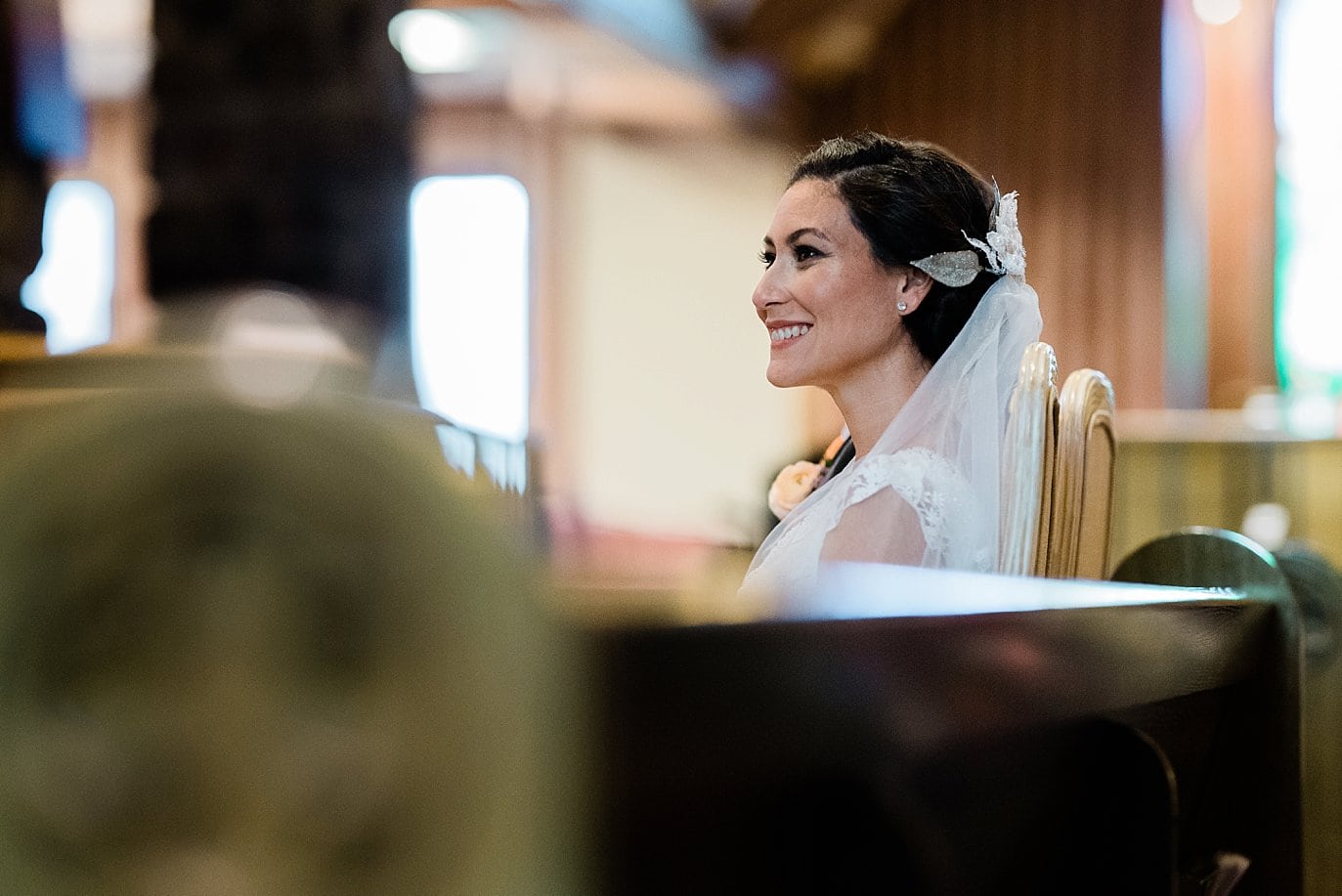 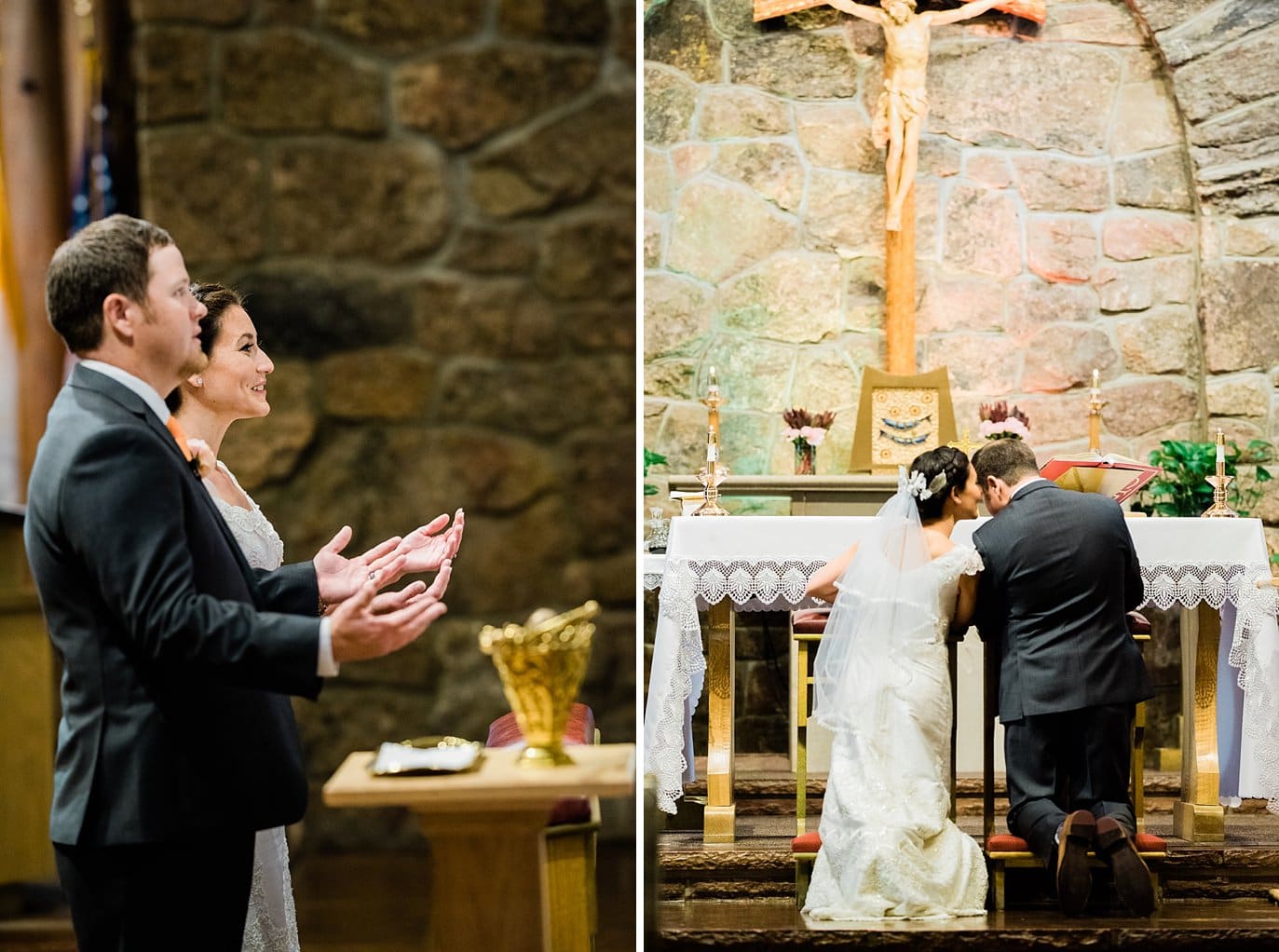 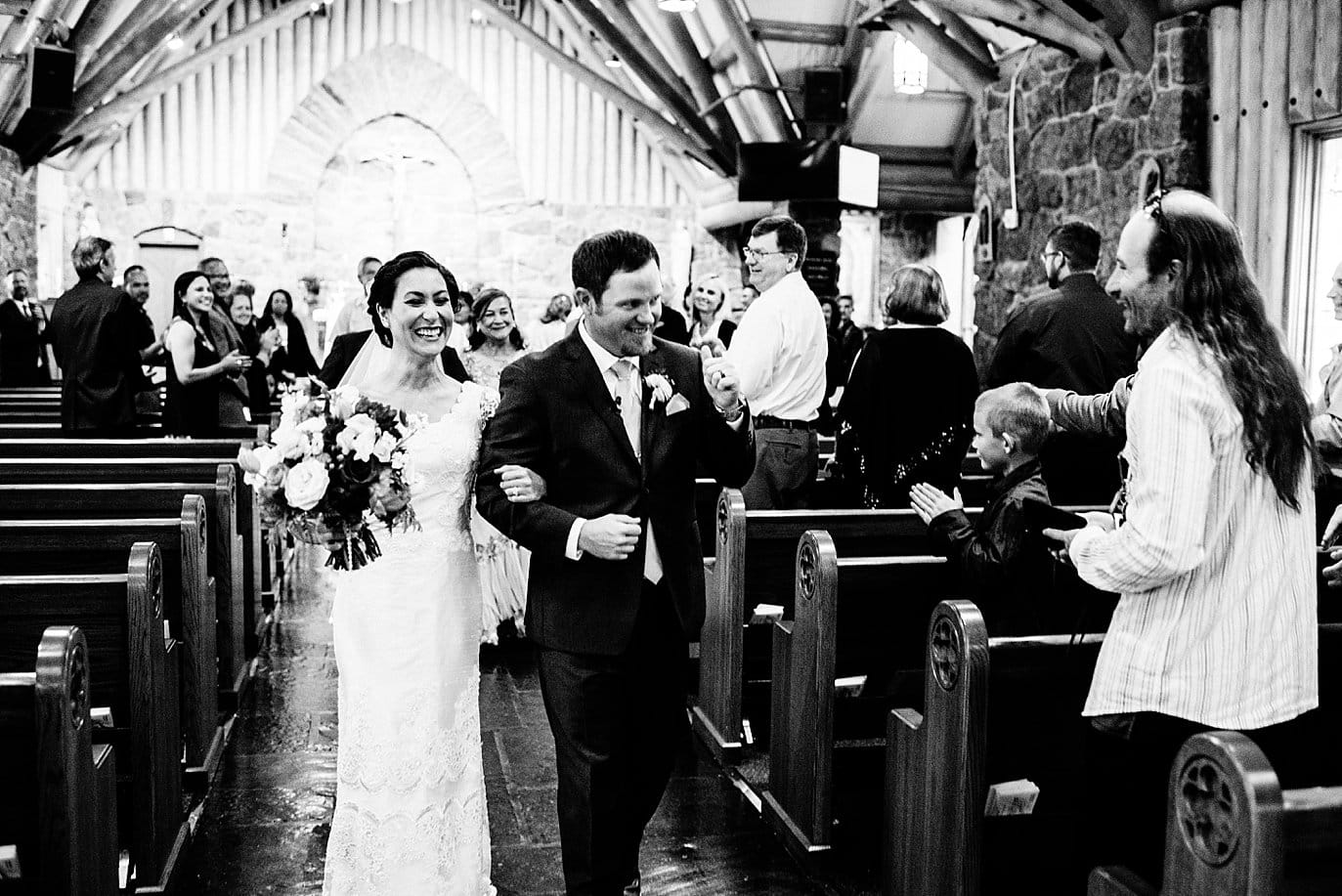 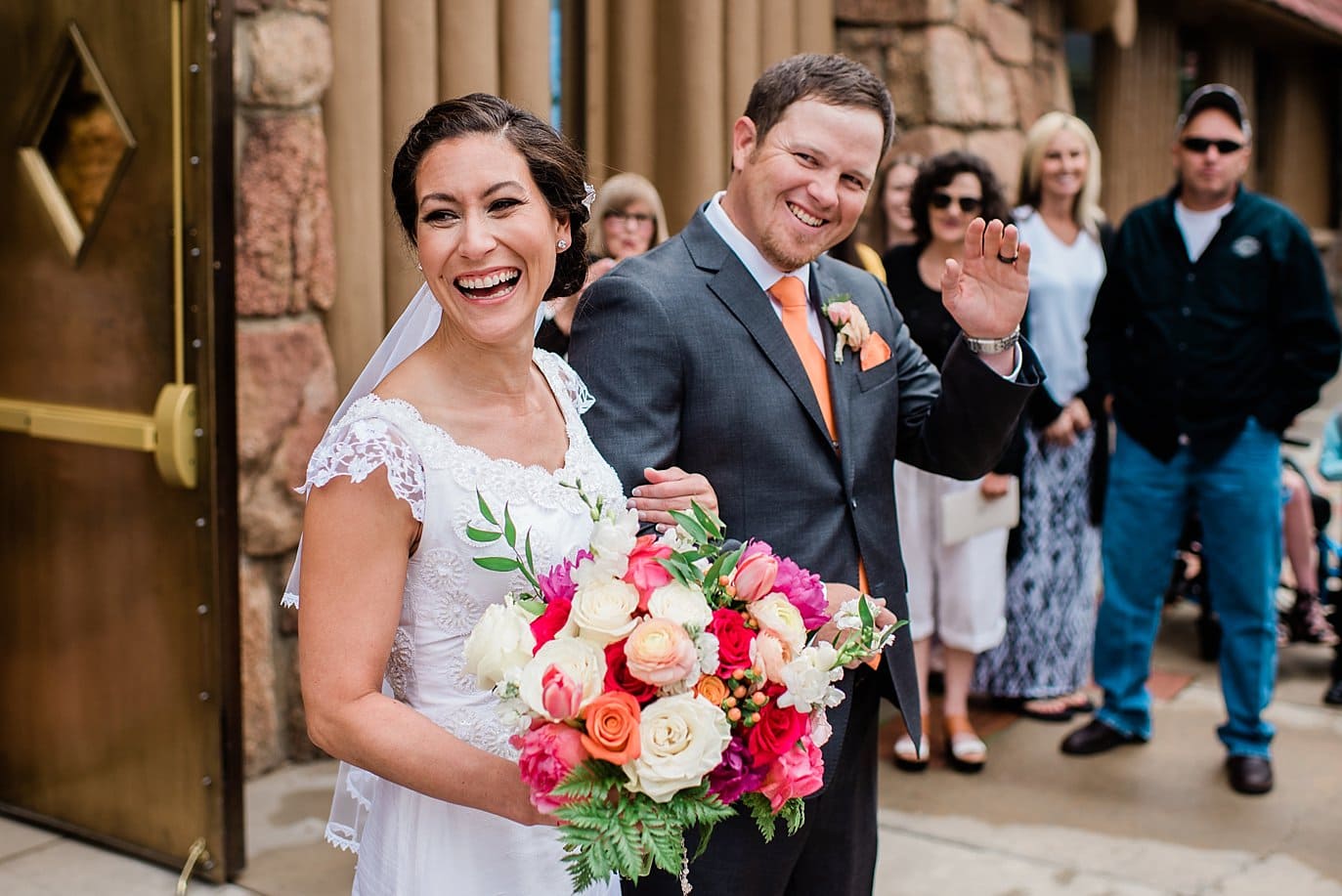 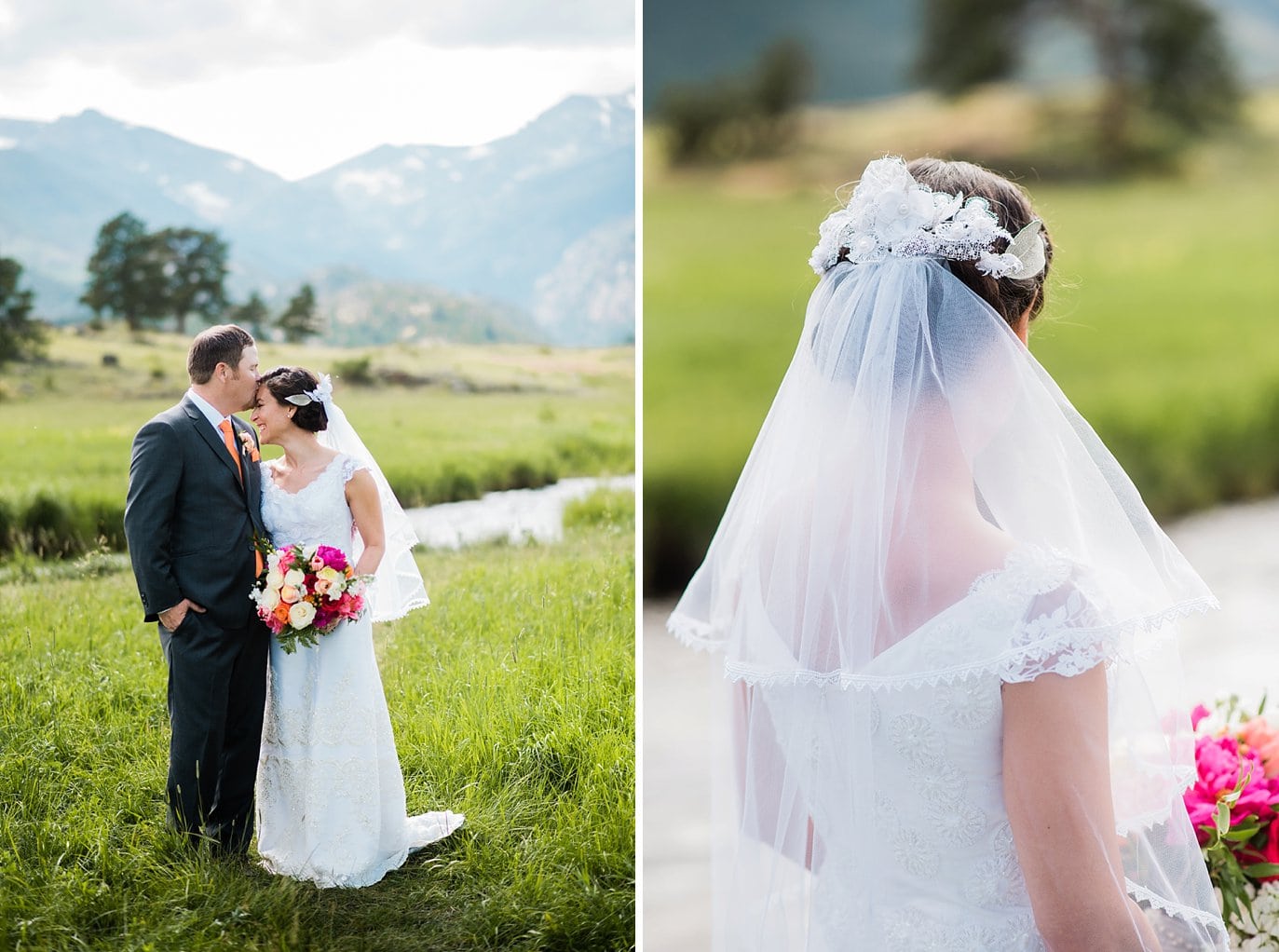 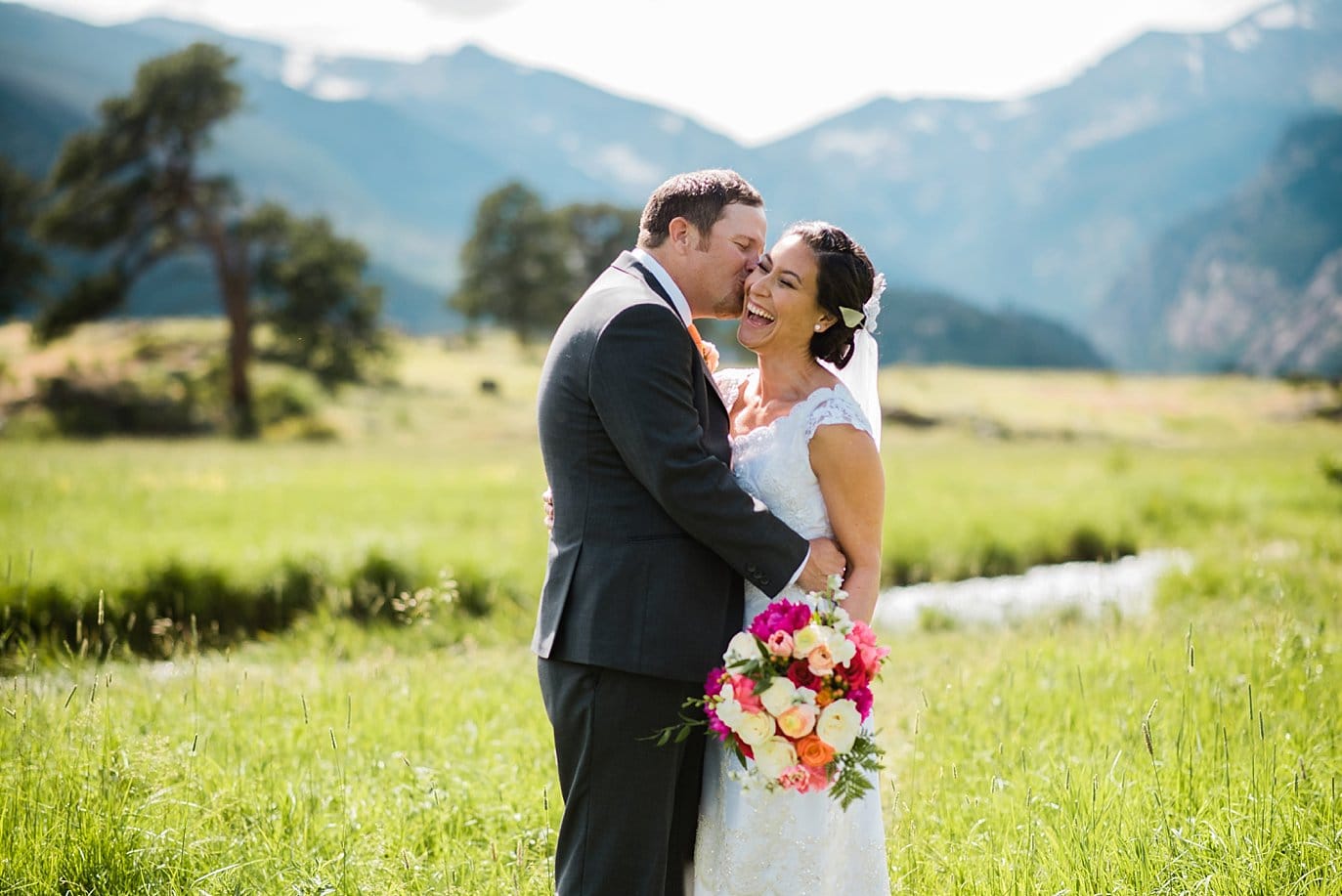 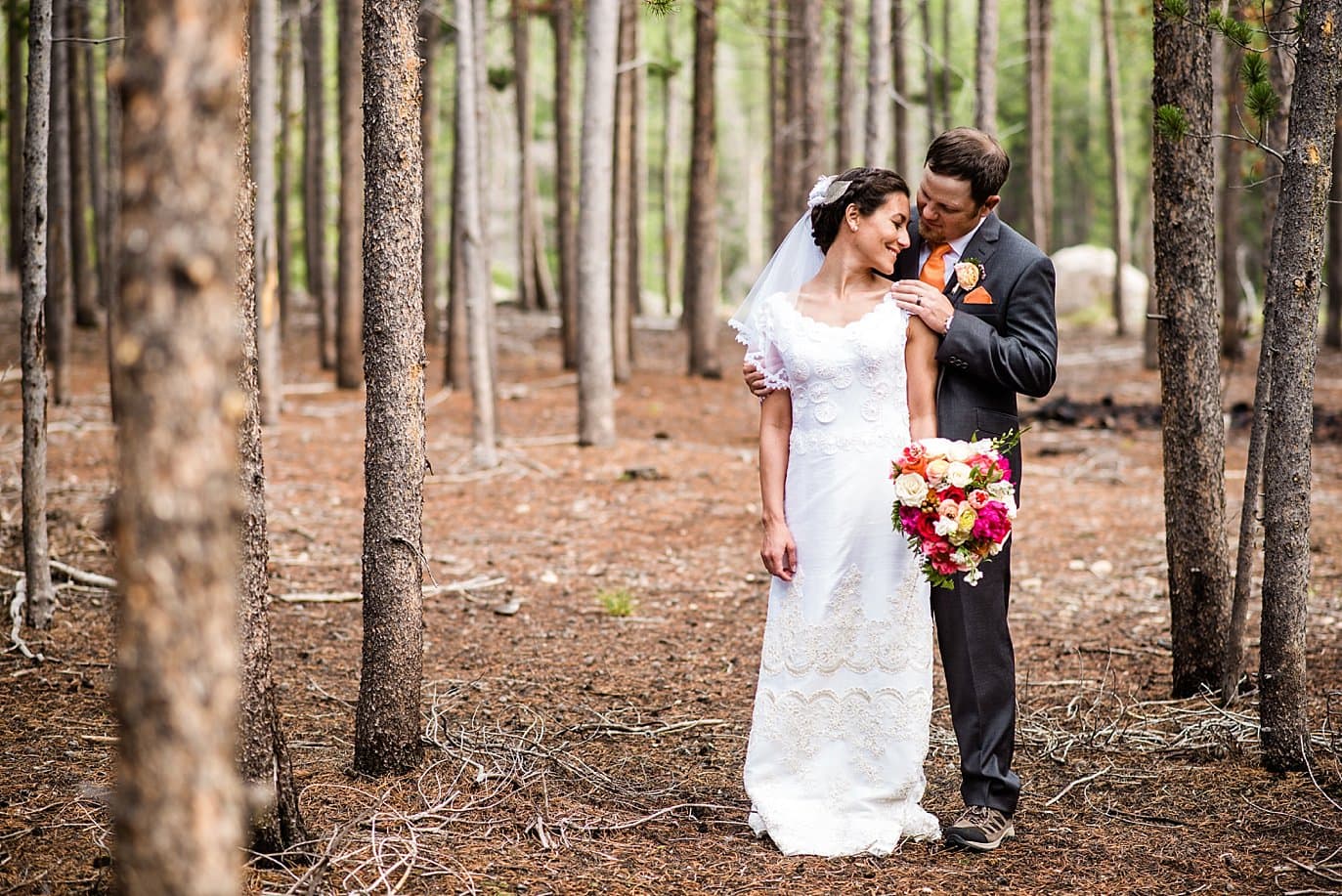 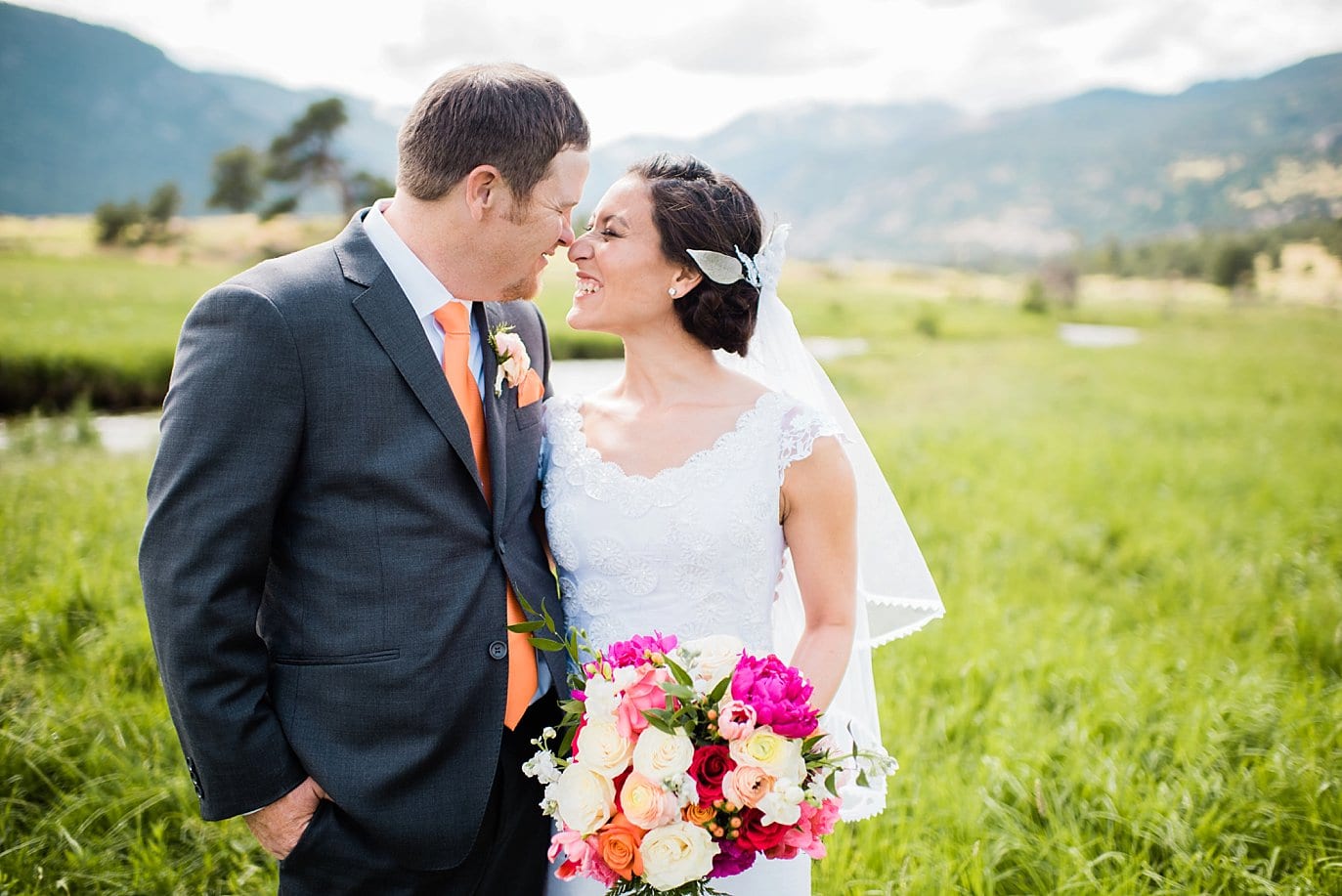 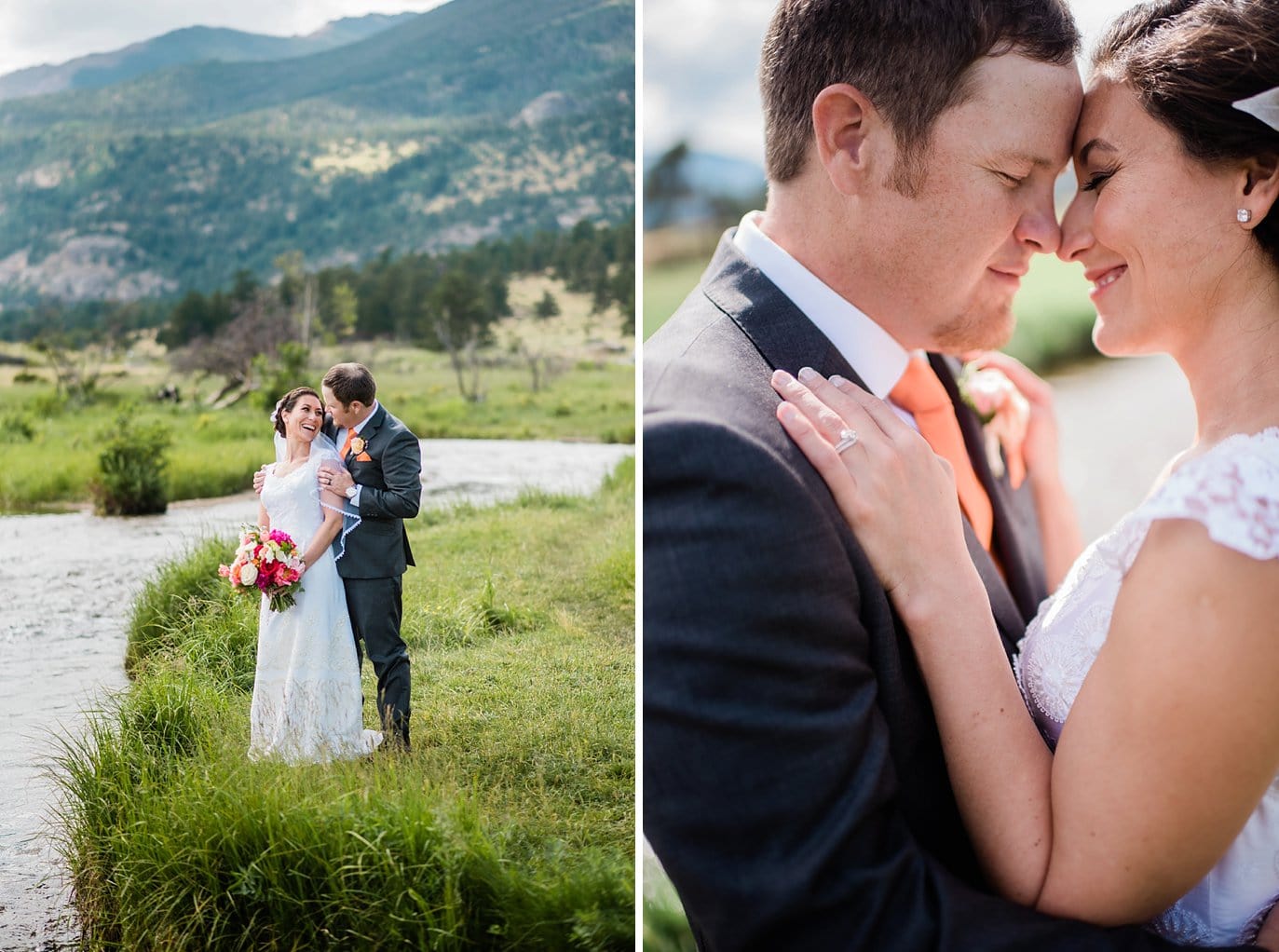 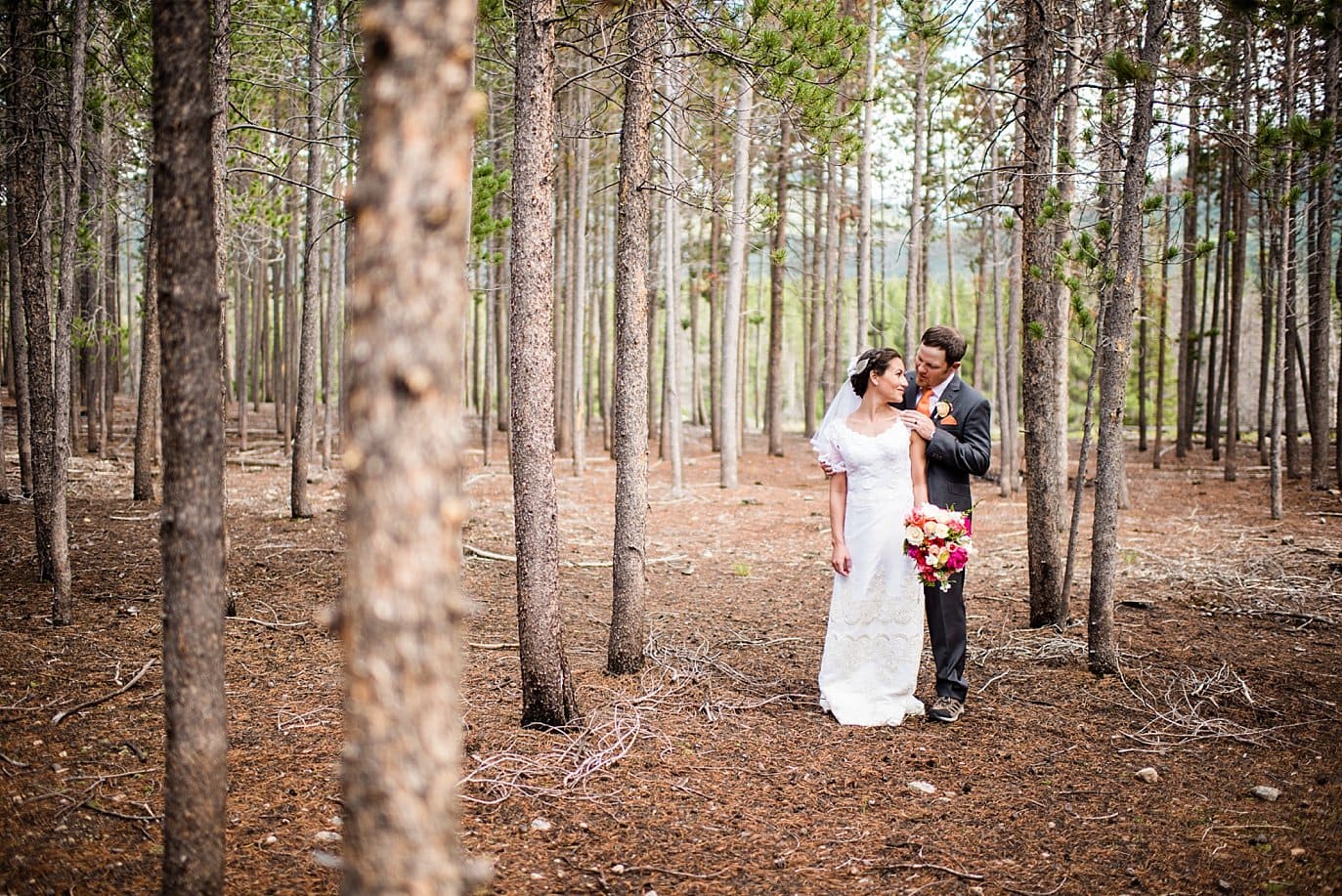 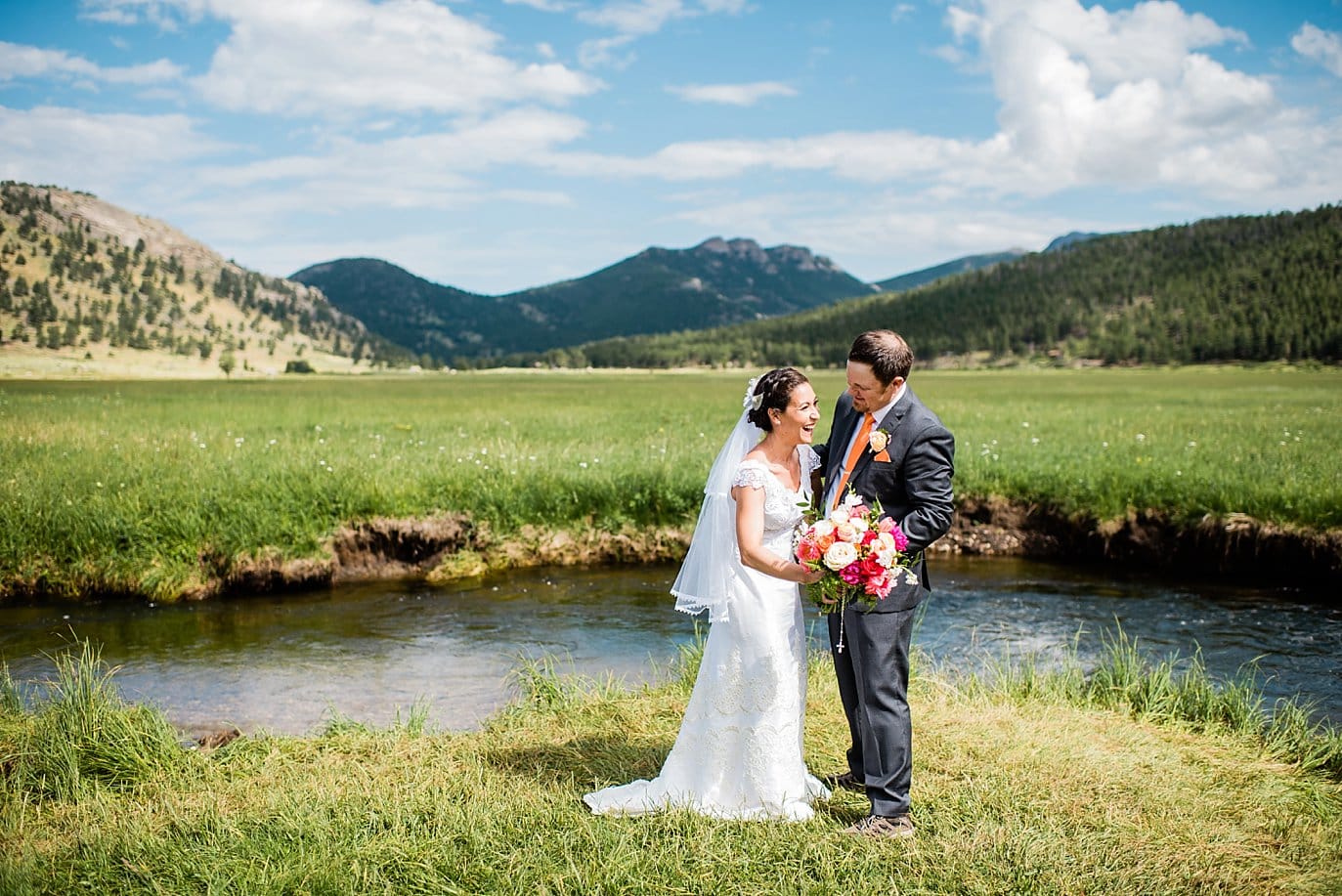 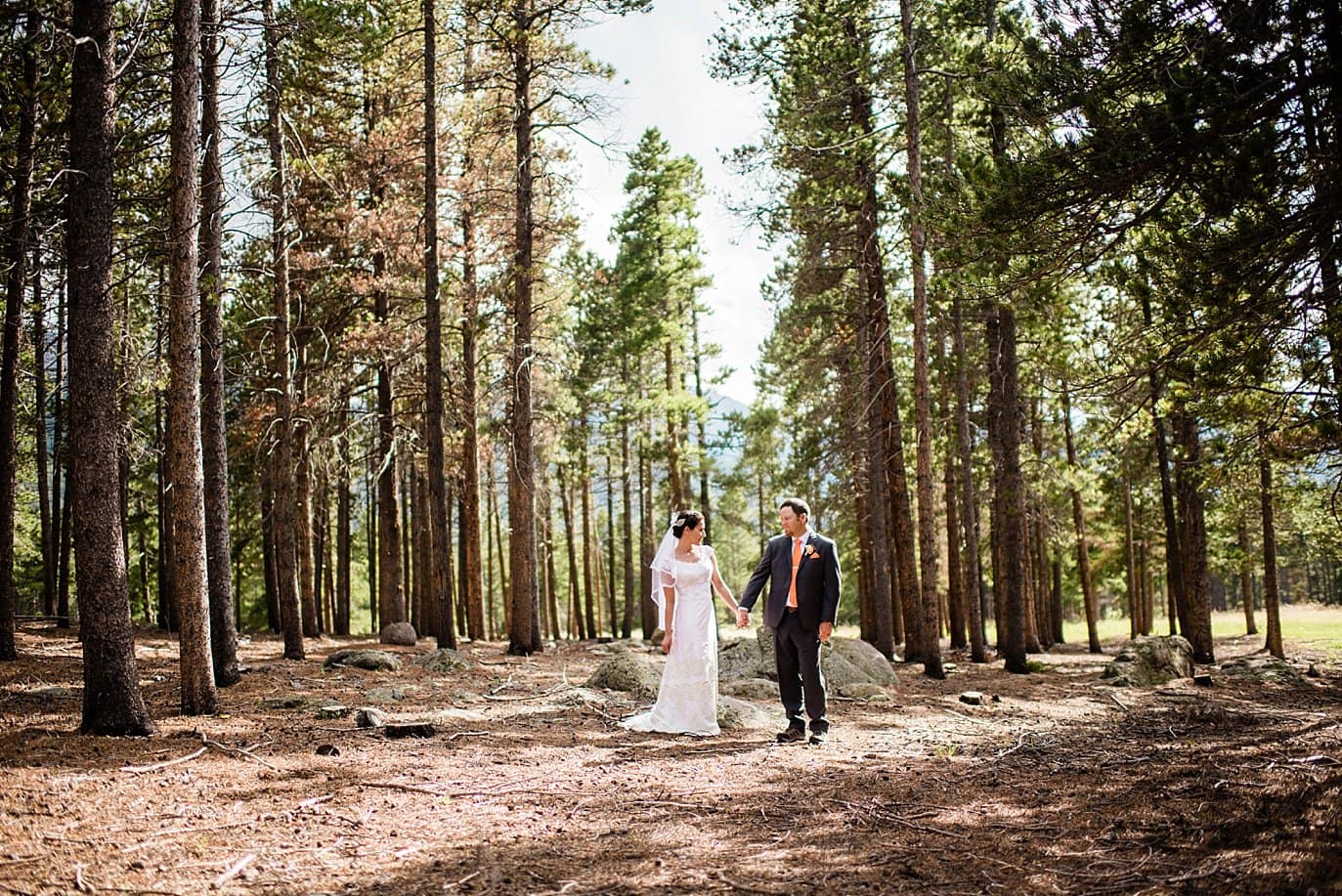 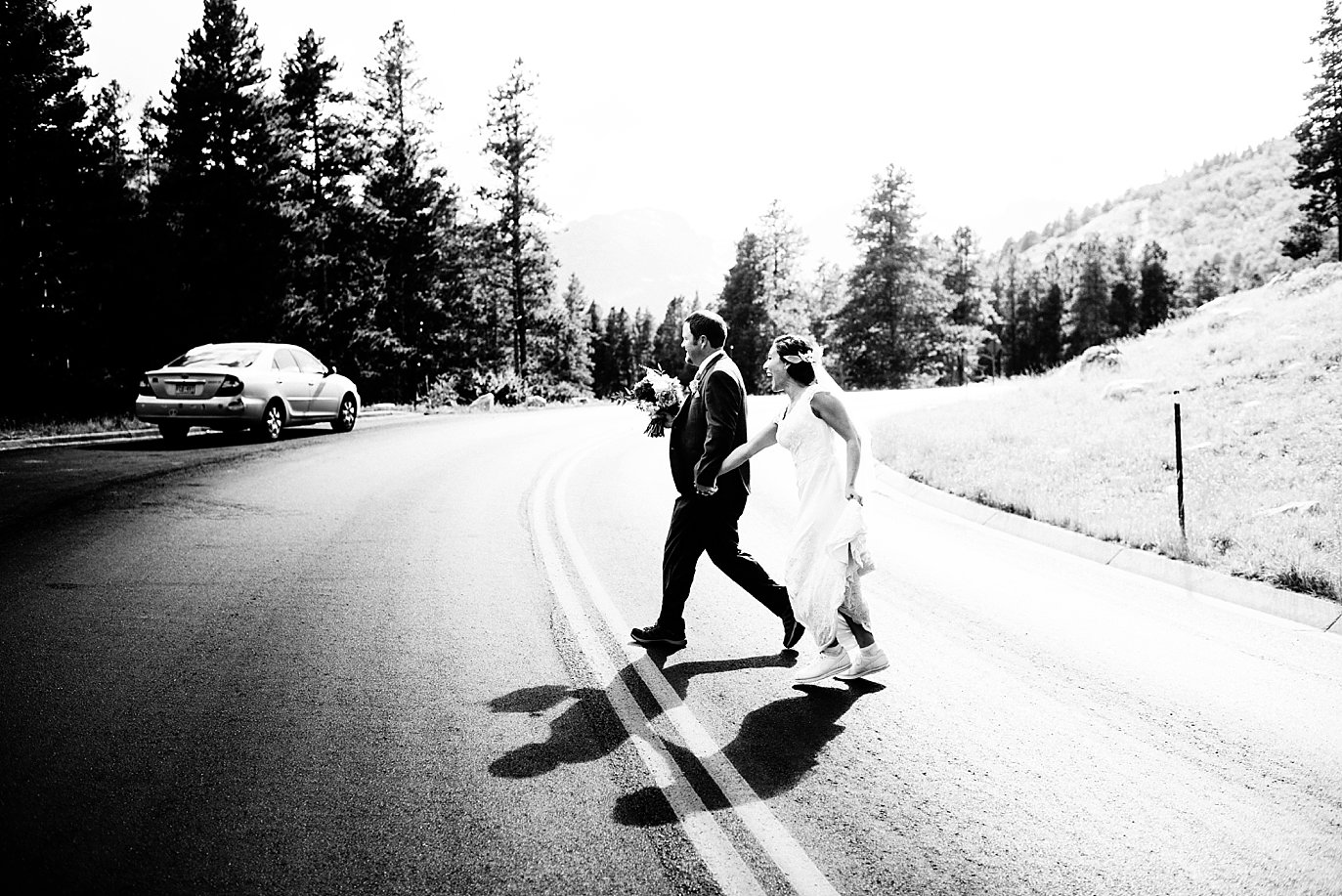 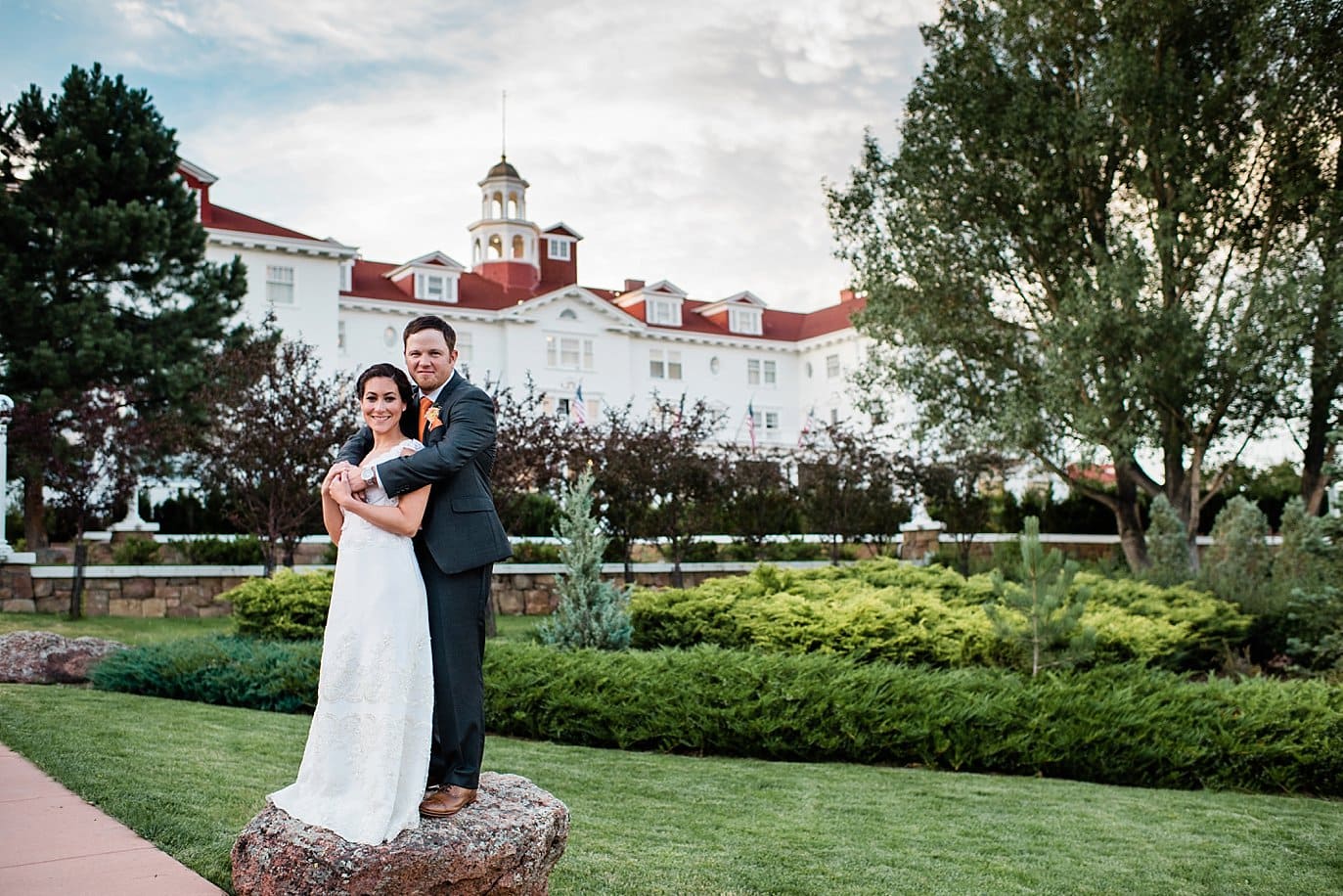 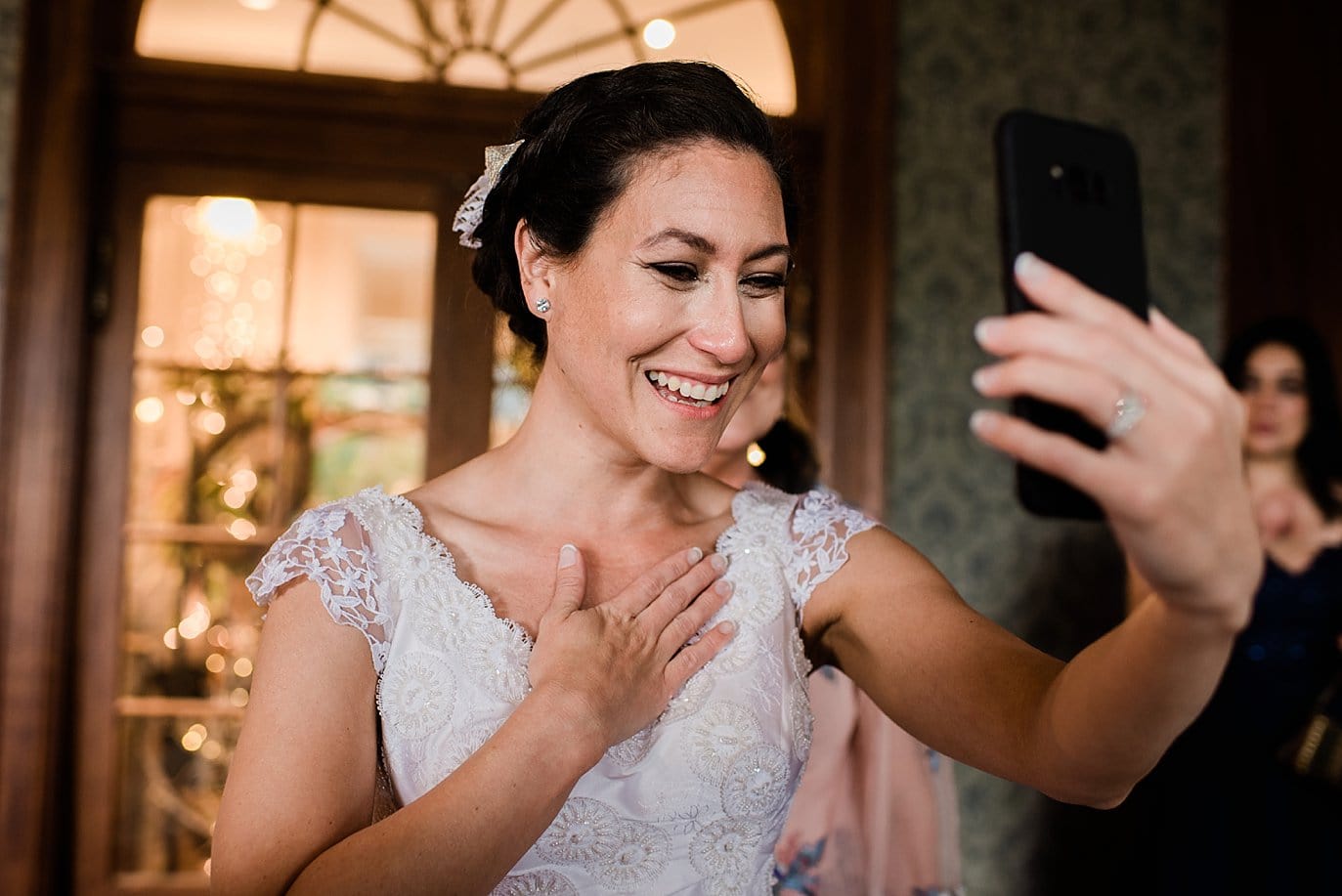 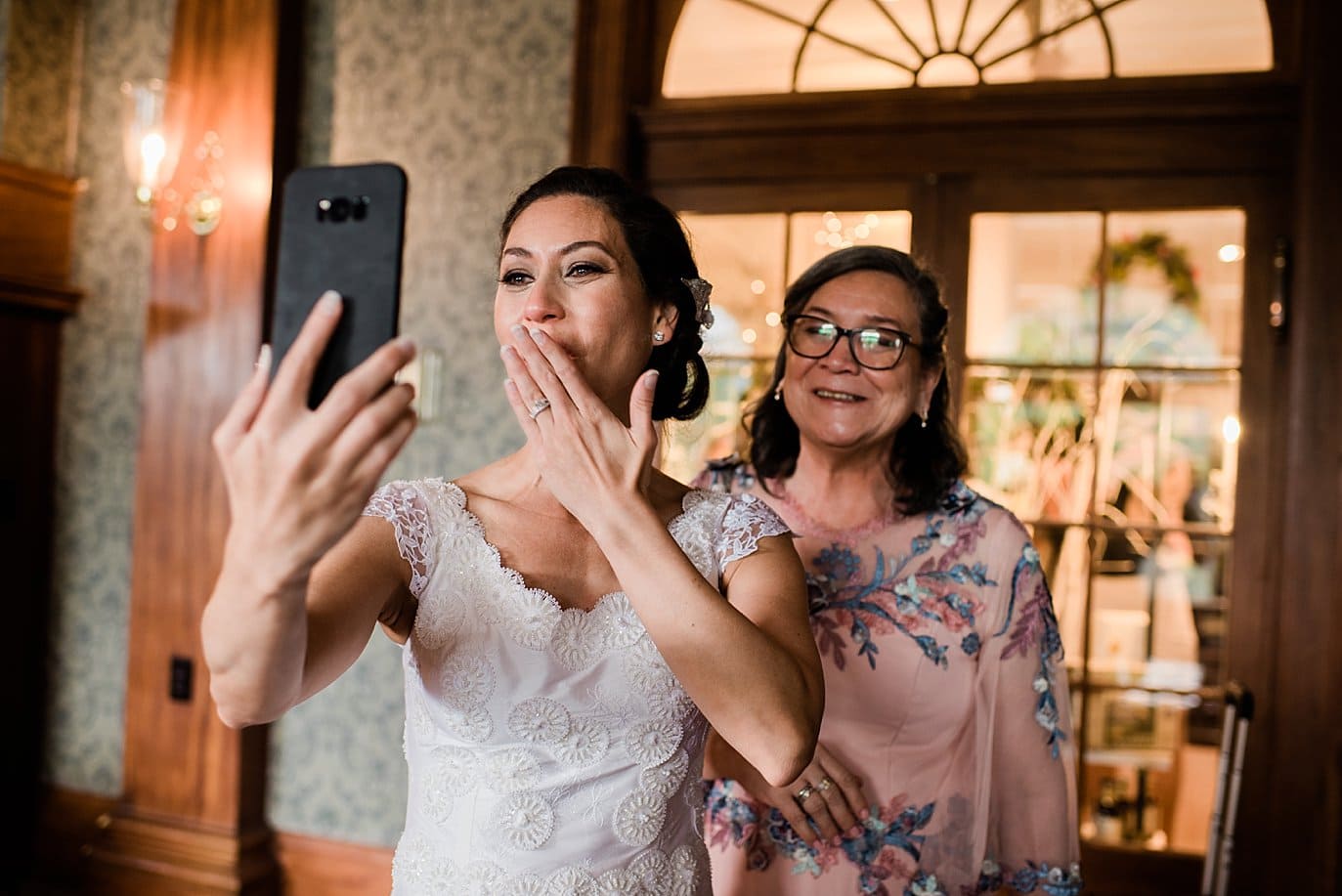 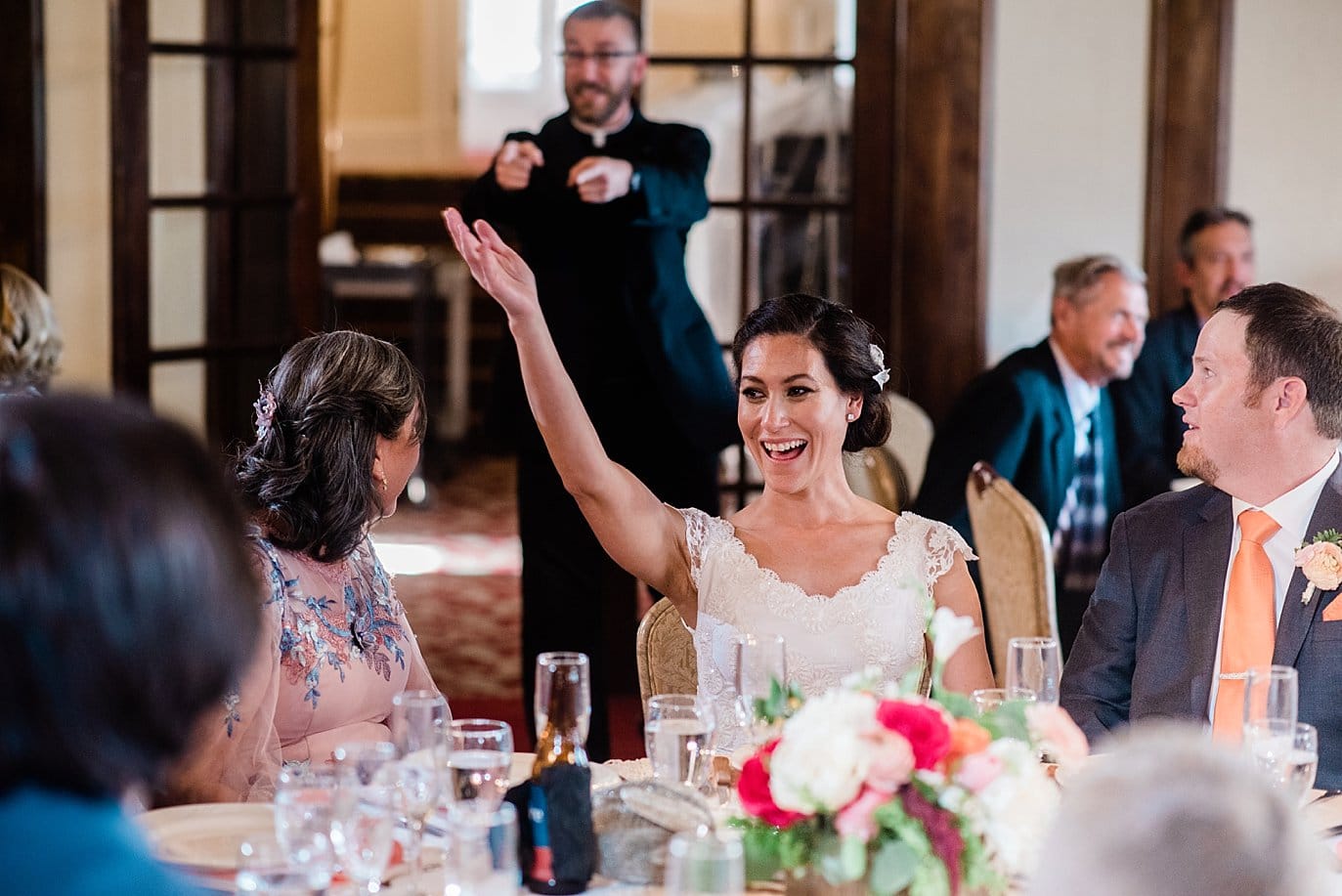 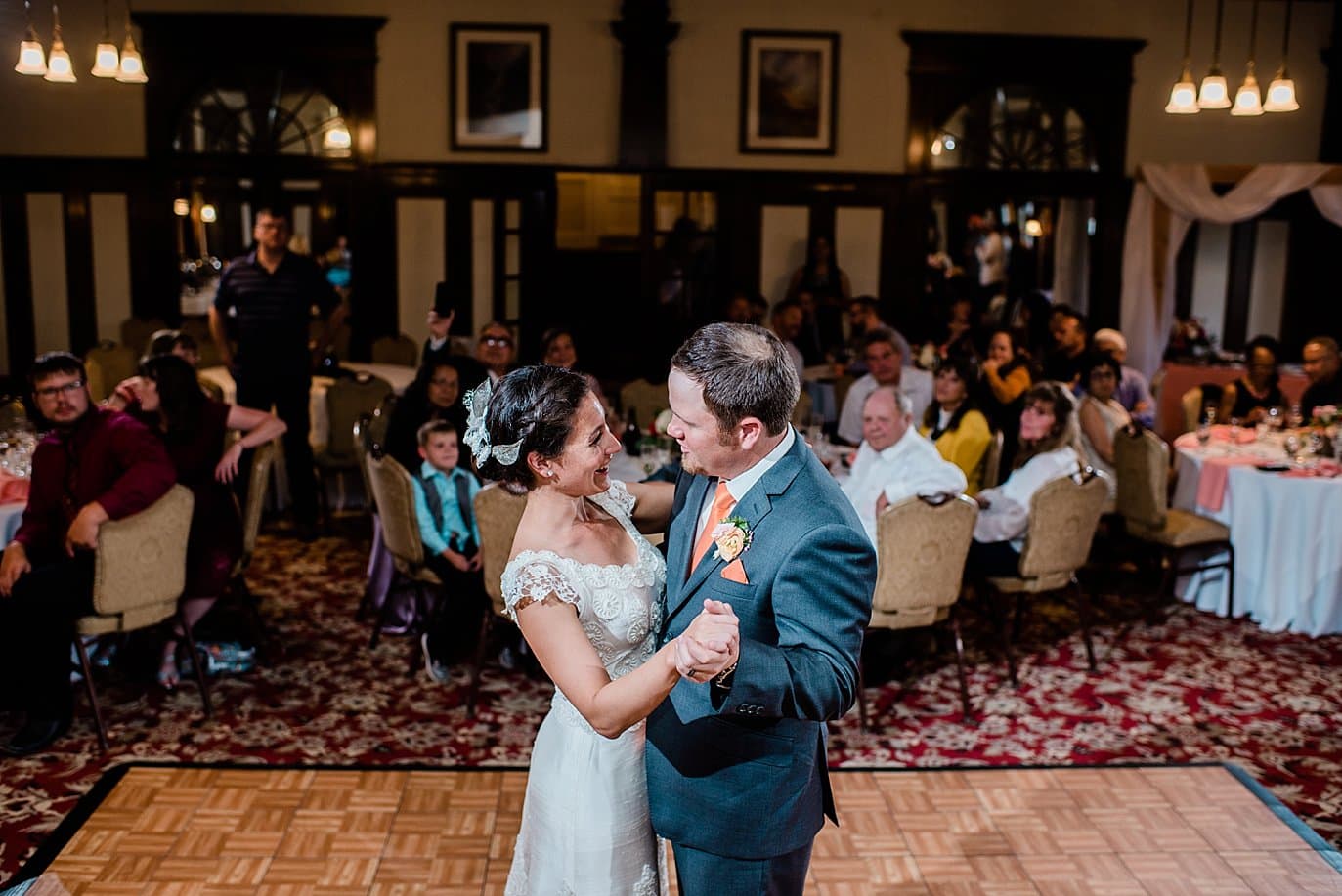 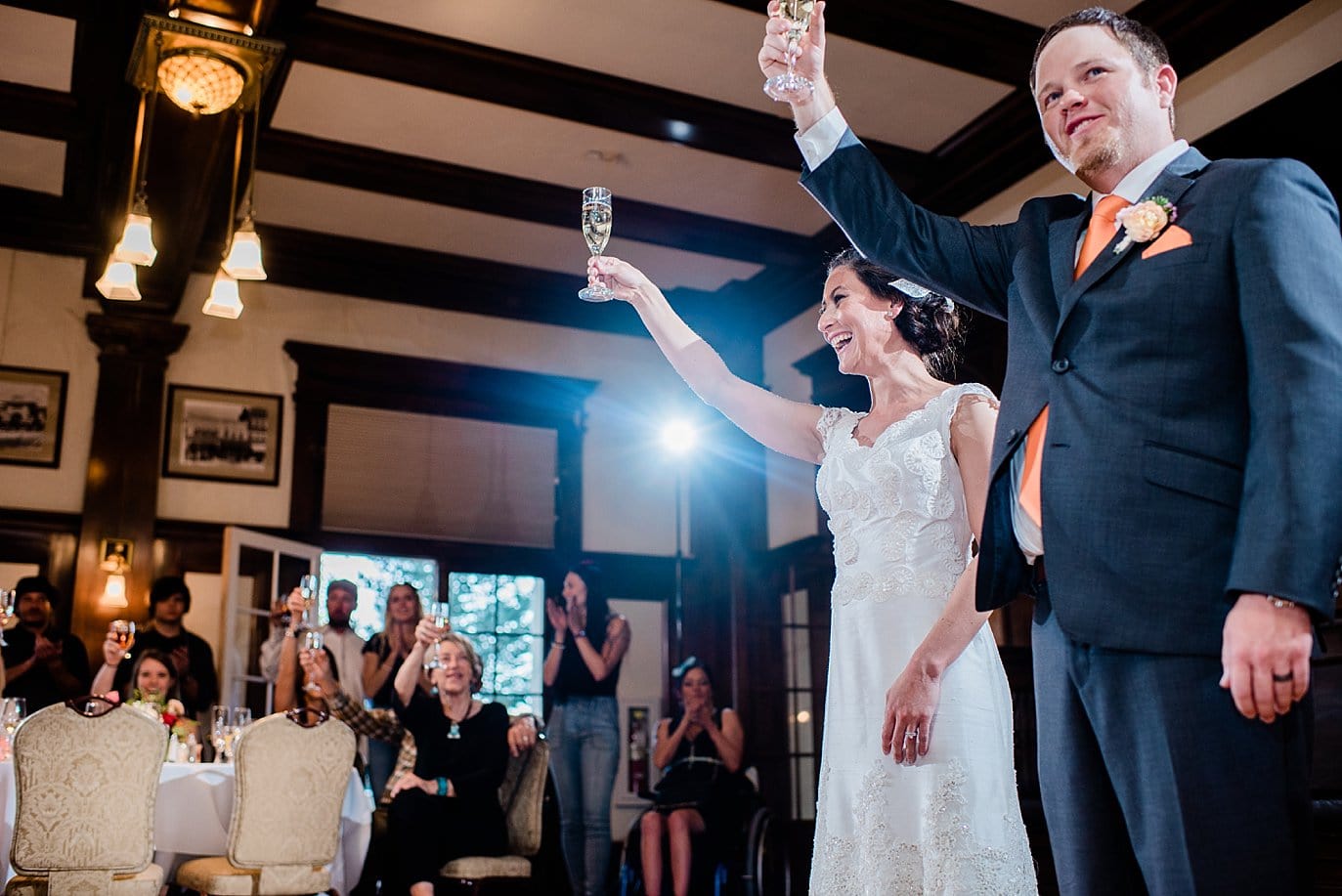 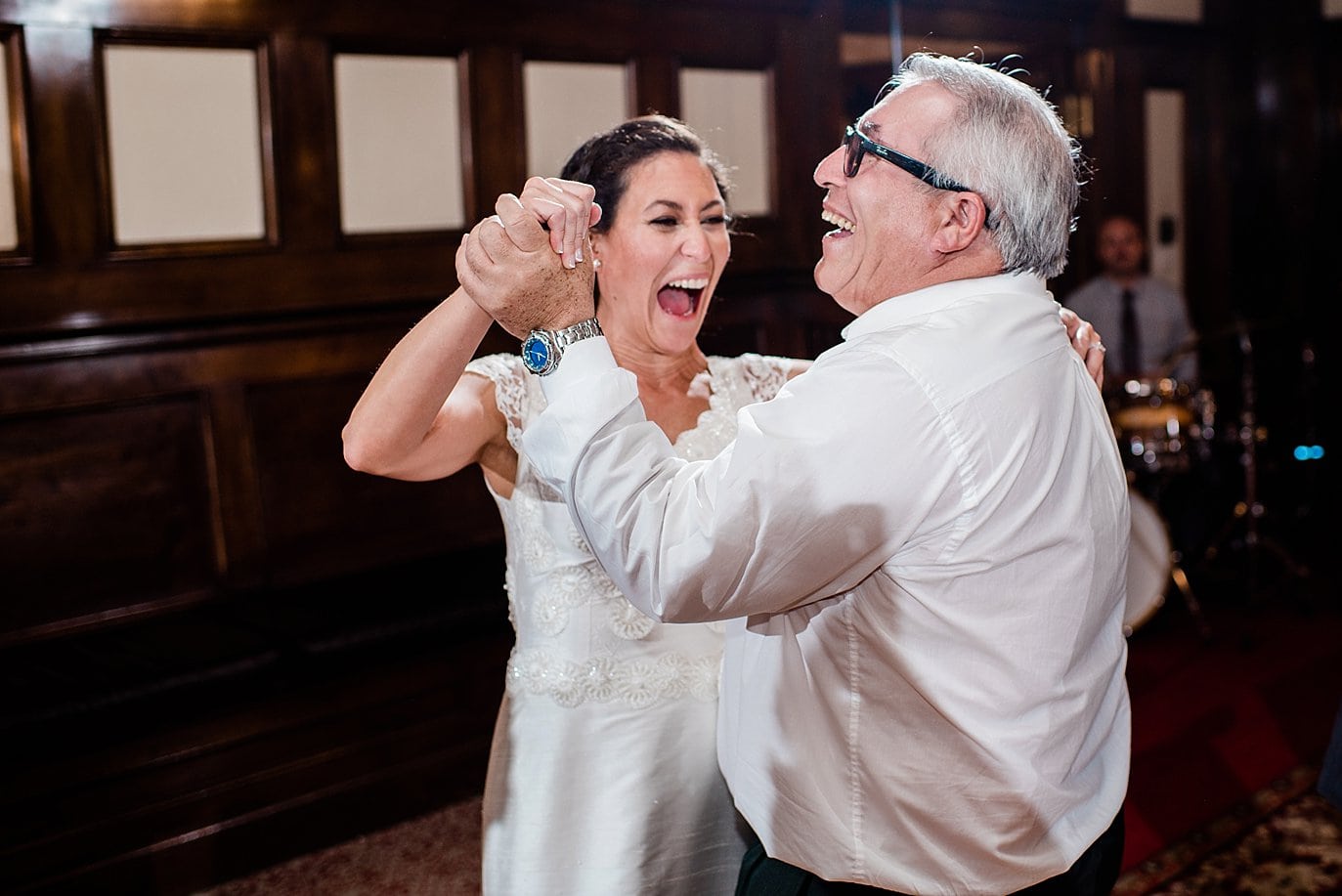 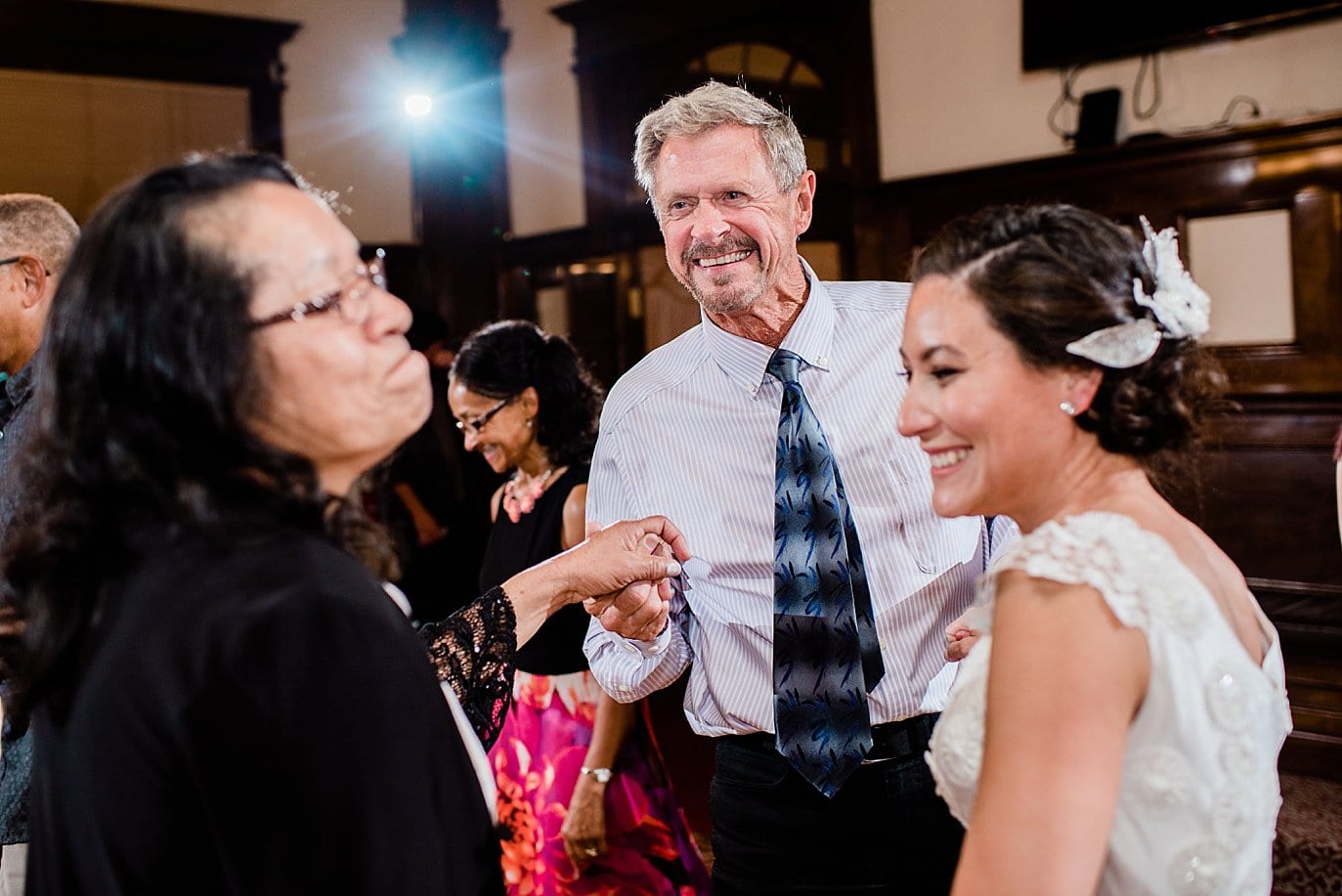 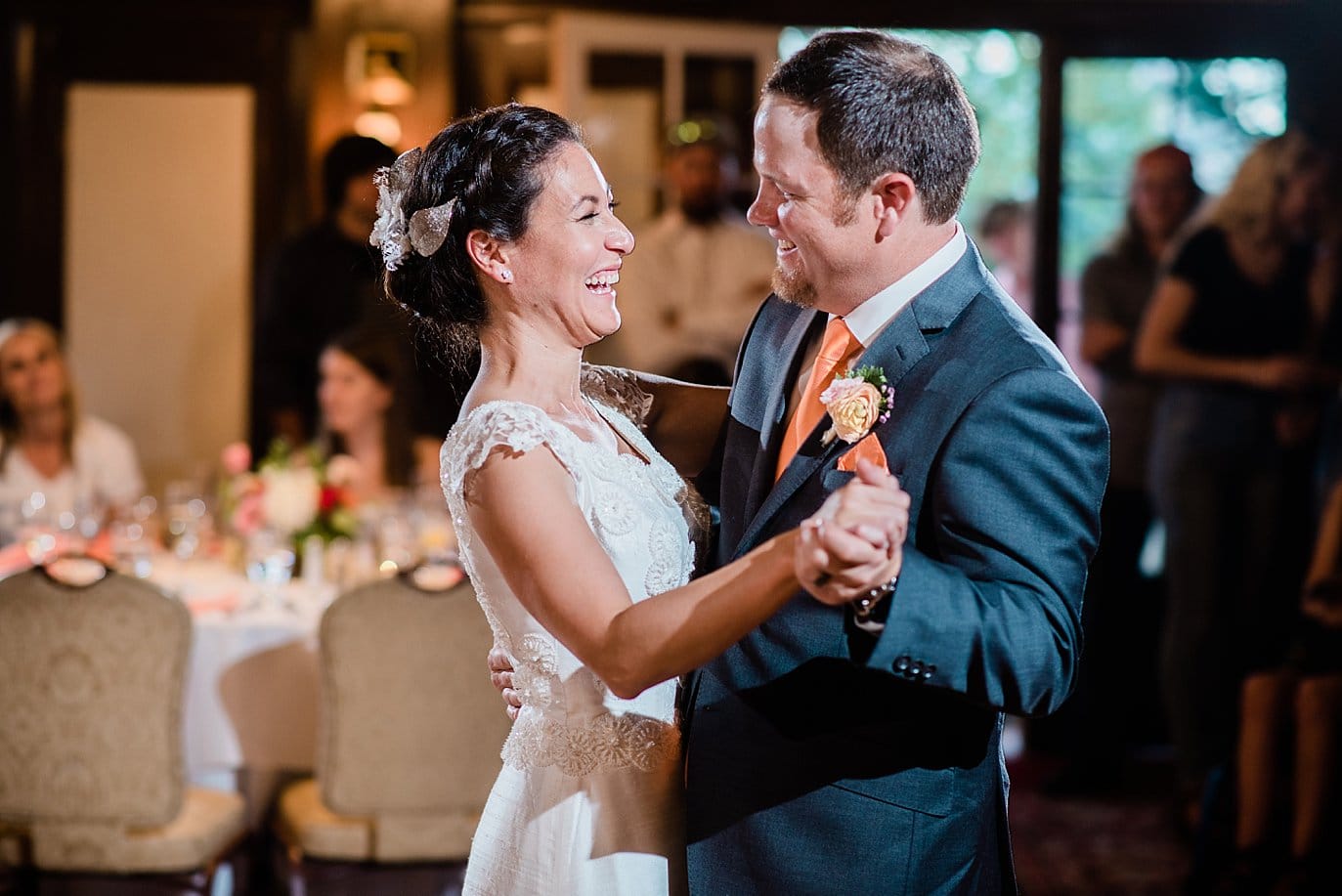 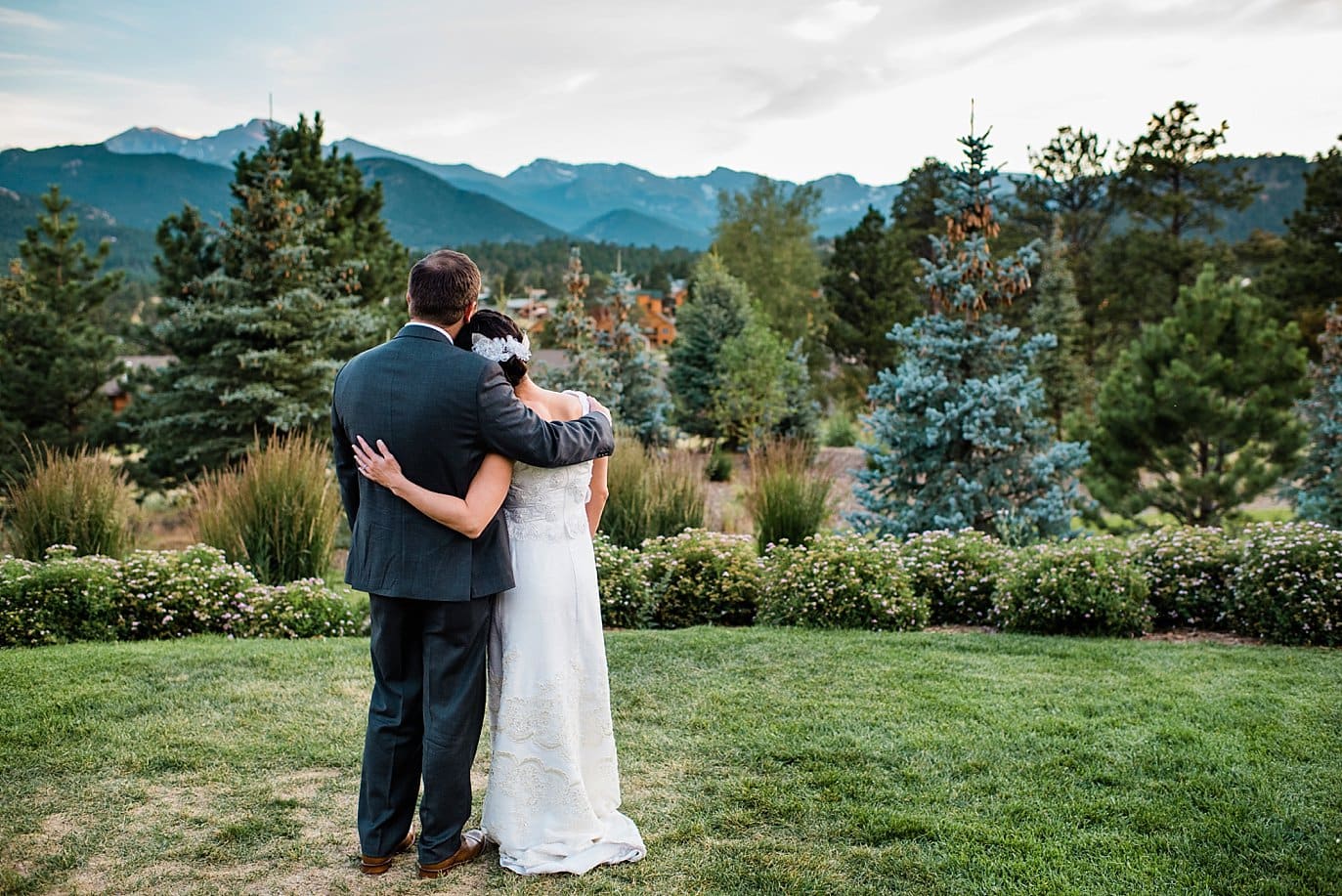 Vendors who brought this wedding day vision together:

Looking to get married in Estes Park? Let’s chat! I love exploring Rocky Mountain National park and celebrating with couples all over Estes Park!